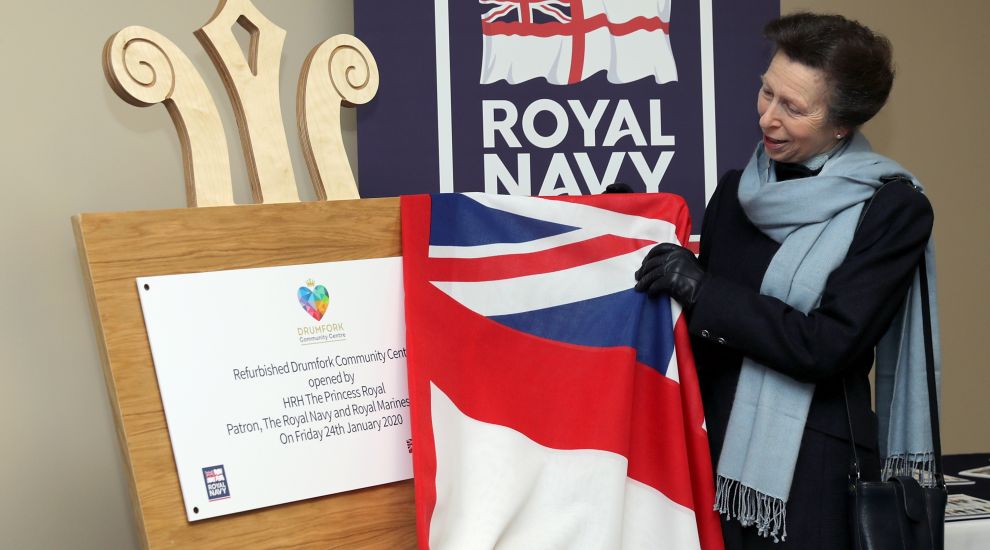 The Princess Royal has officially opened an armed forces centre in Argyll after a £2 million refurbishment.

The Drumfork Community Centre in Churchill Square, Helensburgh, will be a hub for military personnel, their families and members of the wider community.

Schoolchildren greeted Princess Anne as she arrived at the facility on Friday before she met key donors.

Captain Nick Gibbons, of HMS Neptune at nearby HM Naval Base Clyde, said: “It is an honour to have Her Royal Highness join us today to officially open the renovated Drumfork Community Centre.

“The team has worked tremendously hard to create an environment which will provide significant support to our Service families, as well as presenting opportunities for the local area.

“We were delighted that the Princess Royal took the time to meet so many of those involved in the creation of the Centre and also speak with those who will use and benefit from the facility.”

Anne was given a tour of the hub, which included a visit to its nursery, St Margaret’s Community Church and IT training facilities.

Work began on the Drumfork Centre in 2018 when a £2 million contract was awarded to a local firm to upgrade the facility.