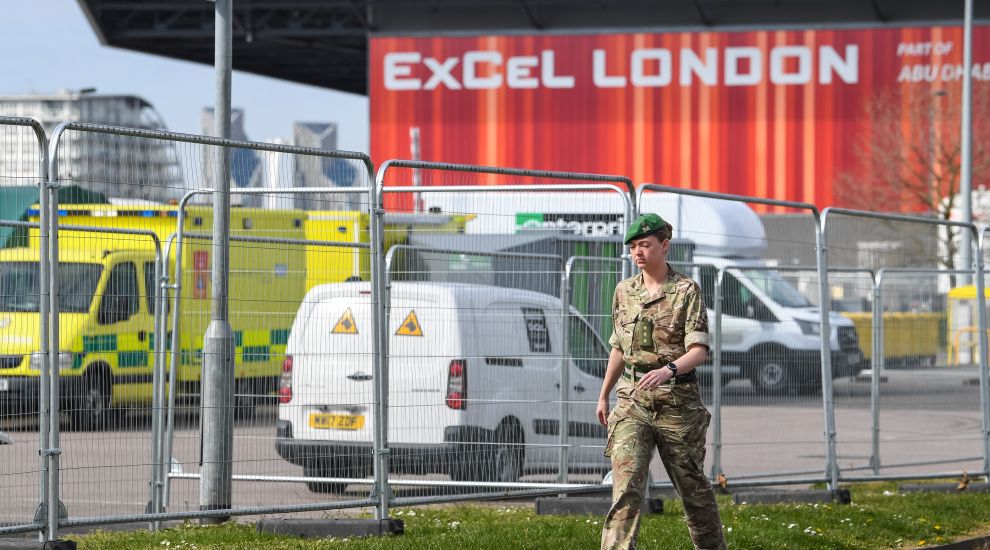 The monarchy’s official Twitter account paid tribute to the military who have been on 15-hour shifts as they transform the ExCel convention centre into a 4,000 bed hospital for coronavirus patients.

“Thank you to all those working hard to complete @NightingaleLDN Hospital, which will open this week to support patients with coronavirus,” Buckingham Palace said.

Up to 200 personnel, including infantry from the 1st Battalion The Royal Anglian Regiment, have been assisting contractors and NHS staff with its construction.

The Queen is head of the armed dorces and her cousin the Duke of Gloucester is Colonel in Chief of the Royal Anglian Regiment.

The duke paid tribute to the soldiers involved.

He said in a statement released on social media: “In these challenging times, I am enormously proud of the Royal Anglian’s role in helping to build @NightingaleLDN.

“It is a testament to the @RAnglians’s dedication, teamwork and professionalism.”

He added: “Their commitment will make a huge difference to lives up and down the country.”

Construction began on the hospital on Wednesday and the facility is almost ready to begin taking in Covid-19 patients from hospitals across the capital.