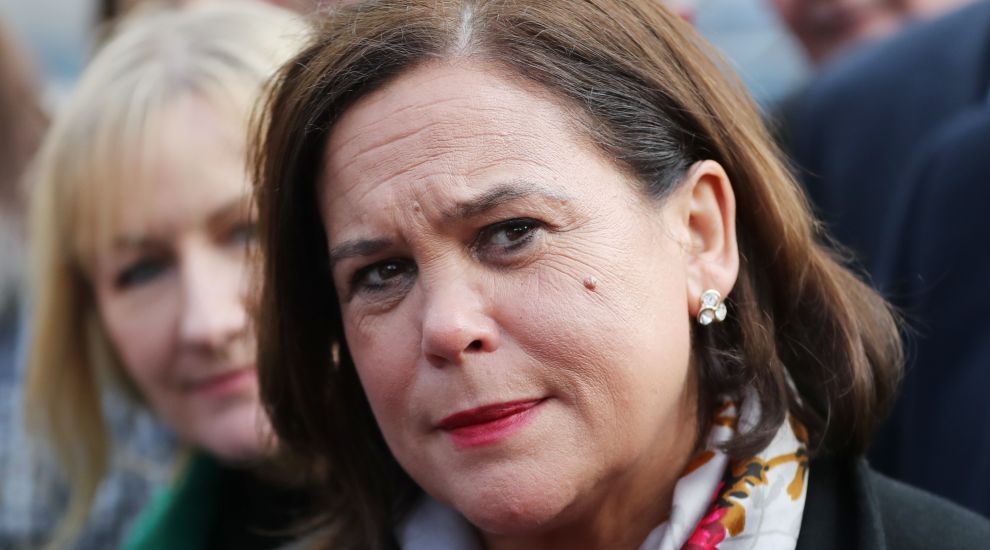 Sinn Fein leader Mary Lou McDonald has criticised what she described as the “old boys’ club of Fianna Fail and Fine Gael” as they have both refused to enter government talks with her party.

Ireland’s largest party Fianna Fail agreed not to go into coalition with Sinn Fein following a four-hour meeting of its parliamentary party on Thursday.

The decision is likely to stop Sinn Fein entering power for the first time, as their leader Mary Lou McDonald said forming a coalition without them or Fine Gael would be “very, very tricky”.

“I think it is actually quite disgraceful that the old boys’ club of Fianna Fail and Fine Gael believe that they can set aside the democratic mandate of Sinn Fein and the electorate.”

Fine Gael and Fianna Fail have repeatedly ruled out going into government with Sinn Fein, as talks continue this week to try to form a coalition government.

On Friday morning, a Sinn Fein TD said it will be impossible for the party to form a coalition government without the support of either Fianna Fail or Fine Gael.

He said: “On Tuesday morning the broad progressive left had 66 TDs and that is not enough for government.”

“What we have been saying since then is we want a government led by progressive left policies.”

When asked how Sinn Fein can form a government without the two largest parties, he said: “You can’t.

“The most irresponsible thing to do is what Micheal Martin has said – to say he won’t talk to a party that now represents 24% of the electorate.”

Fianna Fail leader Mr Martin told RTE news on Thursday that he would not rule out another general election.

He said: “In terms of the future, I can’t be certain how all of this is going to work. It will be very difficult.

“I would not rule out another general election. This is going to be so difficult.”

Mr O Broin criticised Mr Martin for ruling other parties in and out of potential government talks.

A number of talks are continuing between the different parties on Friday.

Fianna Fail TD Eamon O Cuiv said he is opposed to the party’s plan to go into government with Fine Gael and the Green party after it ruled out Sinn Fein.

Speaking to RTE Raidio na Gaeltachta on Friday, Mr O Cuiv said: “Fianna Fail intends to go into coalition with Fine Gael and the Greens. If you look at the figures, that’s the only option that gives you a majority.

In a statement, she said: “I told Micheal Martin that people who voted for Sinn Fein and those who voted more widely for change are angry that Fianna Fail is denying them the respect of sitting down with the party that represents them.”

“I will write again to Micheal Martin in the coming days to set out the substance of our position and have asked him to do the same.”