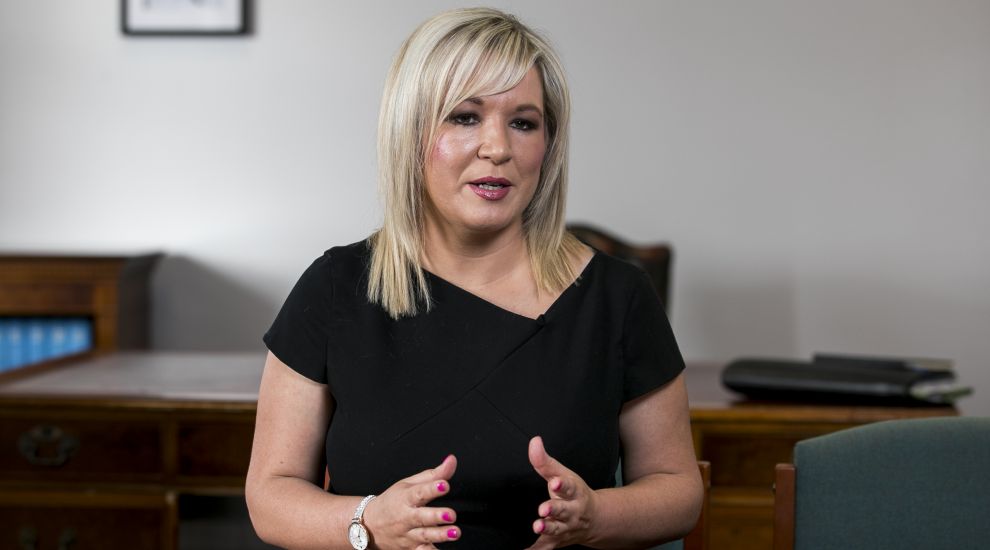 Sinn Fein’s deputy leader has voiced her opposition to a Stormont veto on the Irish backstop.

Michelle O’Neill said her party does not support such a veto because “a backstop that can be vetoed is not a backstop”.

It comes after reports that the DUP might endorse the contingency plan aimed at preventing a hard border if the devolved institutions would have a veto on future EU rules applying in the region.

The backstop proposes preventing a hard border in Ireland by keeping the UK closely aligned to Brussels’ rules.

Devolved government in Northern Ireland remains collapsed following a breakdown in relations between the DUP and Sinn Fein in January 2017.

Despite multiple rounds of talks, agreement has not be found to restore the Assembly and Executive at Stormont.

Earlier, EU chief negotiator Michel Barnier said: “It is up to the UK government to ensure the support of the Northern Irish institutions for the Withdrawal Agreement that would be signed on behalf of the whole of the UK.”

Speaking at an event in Belfast on Wednesday, Ms O’Neill described the backstop as a “no brainer if we are to build a prosperous economy”.

“Sinn Fein do not support a Stormont veto because a backstop that can be vetoed is not a backstop,” she said.

“It is highly unlikely that the EU would either, and we’ve heard further evidence of this over the past day or so from Guy Verhofstadt, Michel Barnier and Jean Claude Junker – why? – because the Article 50 negotiation is between the EU27 and the British Government, not the Assembly and the EU.”