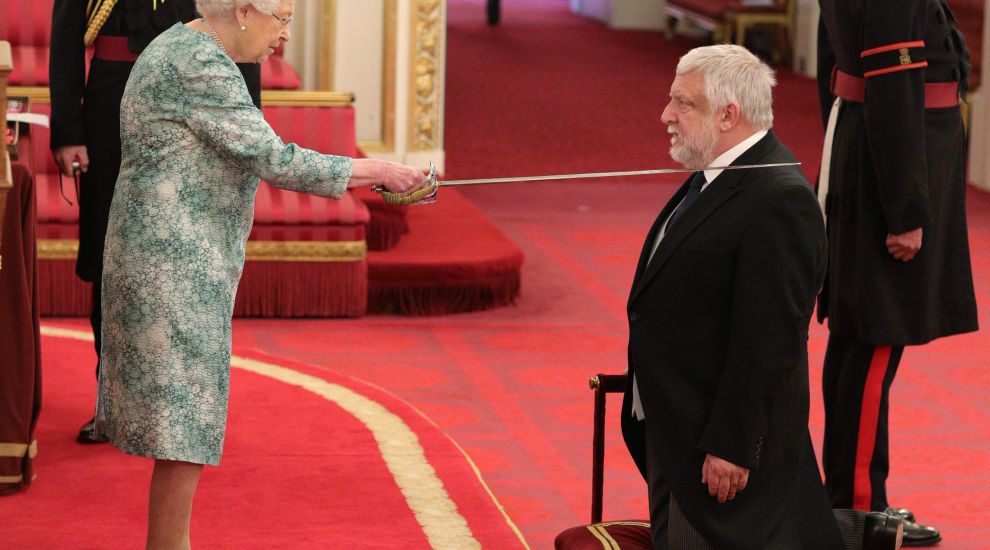 Sir Simon Russell Beale, who has been hailed as one one of the greatest stage actors of his generation, collected his knighthood from the Queen and said: “It has been an incredibly humbling thing.”

Sir Simon, 58, who attended the Buckingham Palace award ceremony with his father Peter and brothers Andrew and Matt, spared a thought for his late mother Julia.

After collecting his honour for his services to drama, he said: “I think I can safely say she would have been pretty happy (about his knighthood).

“It is sad she is not here.

“It is also an opportunity to say thank you to the people who encouraged me and supported me.

“It is all quite emotional really.

“I have got a bit tongue-tied and a bit giggly too. It is a bit overwhelming really.”

He counts Laurence Olivier Theatre Awards, a Tony nomination and a CBE among his credits.

His stage career started at the Royal Shakespeare Company (RSC) and in 1990 he received commendation at the first Ian Charleson Awards for his performances in The Seagull, Troilus And Cressida and the title role of Edward II with the company.

Sam Mendes directed him to an Olivier Award in the title role in Chekhov’s Uncle Vanya at the Donmar Warehouse in 2003.

Other celebrated roles include as Cassius in Julius Caesar opposite Ralph Fiennes at the Barbican, and Macbeth at the Almeida Theatre, followed by King Arthur in Monty Python’s Spamalot, but he has most notably been a regular at the National Theatre since 1995, where he appeared in Jumpers, Candide and Humble Boy, in a part written for him by Charlotte Jones.

On hearing of the knighthood National Theatre director Rufus Norris had earlier passed on his “huge congratulations to one of the greatest and most beloved stage actors in this theatre’s history, on this richly deserved recognition”.