Sturgeon: Independence plans would be accelerated in event of hard Brexit 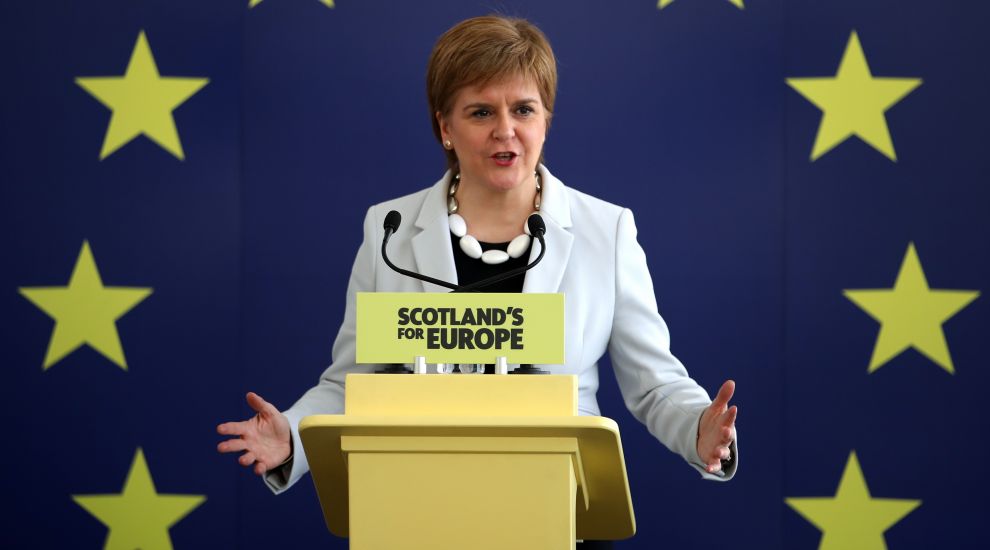 Sturgeon: Independence plans would be accelerated in event of hard Brexit

Nicola Sturgeon has said she would want to accelerate plans for a second independence referendum if a new prime minister opted for a harder Brexit.

The First Minister reiterated her belief that Scotland should have the choice again before the end of this term of the Scottish Parliament.

Legislation is to be introduced by the Scottish Government later this month setting out the rules of a second poll after 55% of voters said no to independence in 2014.

Speaking on ITV’s Peston programme, she was asked how Brexit plans of a successor to Theresa May would impact on the case for another vote north of the border.

The SNP leader said: “I think it would certainly see a lot of people want to bring that choice for Scotland to be independent as close as possible.”

When asked if that is what she would want to see it sooner, Ms Sturgeon replied: “Yes, I think I would.

“The point I was going to make is we’ve got to put the plans in place, we’ve got to pass the legislation we’ll introduce later this month.

“Just as 2014 was very different to the Brexit vote, I want the future choice for that decision to be one that people come to with the maximum amount of information.”

During the interview she highlighted a “possible compromise” in leaving the EU put forward by the Scottish Government in December 2016.

While describing the single market and customs union membership plan as “not the preferred option”, Ms Sturgeon added it was “better than a harder Brexit” if remaining was not an option.

She was also asked if Britain voted to leave again how it would impact Scotland’s “struggle to remain”.

Ms Sturgeon said: “At that point the struggle for the UK to remain may be over, but I’m not going to speculate beyond that.

“Certainly, the struggle for Scotland as an independent country to remain would be by no means over, but perhaps just stepping up a few gears.”

She added: “I think now we are in the position of actually seeing remaining in the EU as a distinct possibility, that’s always been our preferred option and it’s the one we’re going to continue to argue for.”