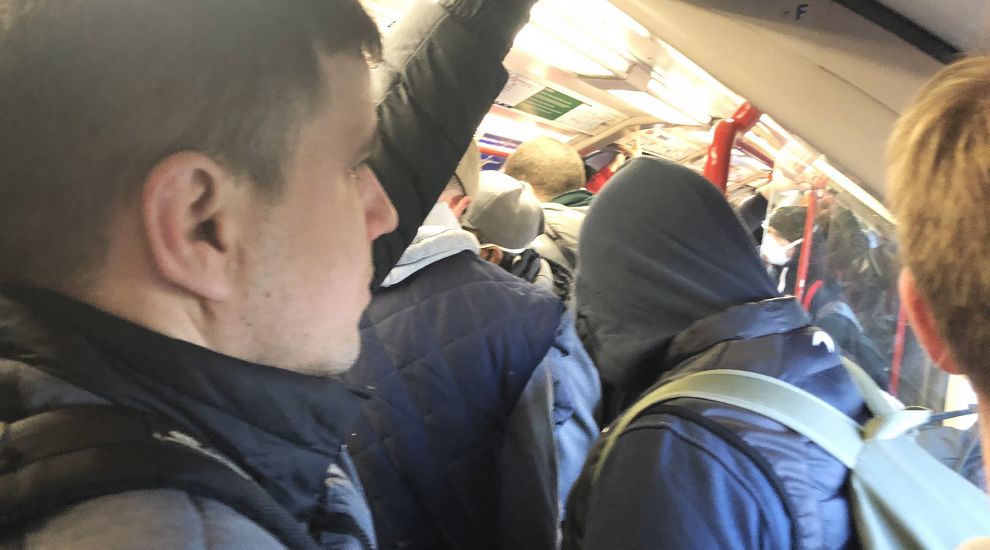 Managing director Andy Lord said only critical workers should be using the Tube during the pandemic.

Transport for London (TfL) figures show that Tube travel on Thursday morning fell by 13% compared with Wednesday, and was down 94% on the same day last year.

But a 50% cut in services has led to some peak time trains being packed, leading to passengers being unable to follow Government guidance to keep two metres away from others.

On Wednesday, Prime Minister Boris Johnson told MPs it should be possible to “run a better Tube system”.

Mr Lord said: “We want to continue to run a core Tube service so that NHS staff and other key workers can make essential journeys.

“Around a third of our own staff are themselves ill or have to self-isolate, so we are simply not able to run a full service.

“Our clear message to Londoners is not to travel. The network is for critical workers only.”

He added: “The majority of people are playing their part and avoiding travel, but more people need to stop travelling immediately to save lives.”

Mayor of London Sadiq Khan, who chairs TfL, was sent dozens of Twitter messages on Thursday from people who are unhappy at the lack of space on the capital’s public transport network.

A passenger with the username @debzlips wrote: “Why have you reduced the tube service? Key workers are forced to be squashed together! Out east the tubes terminate at Leytonstone, so the platform is packed while waiting for another tube into London!!!! Nuts! Thanks for that stupid unsafe idea!”

Denise Bennett posted: “Message from daughter, going to work as a nurse in London – ‘tube station is rammed’. How can she stay safe, keep her patients safe when she has to travel to work like this?”

Mr Khan insisted “we cannot run more services” and told employers that “staff must work from home wherever possible”.

Some passengers said their Tube journeys were quieter than normal on Thursday.

Twitter user @mortimusprime_x posted two pictures showing carriages with empty seats, and wrote: “My normally packed tubes this morning on the way to work … thank you to all those staying at home #keyworker #keepsafe #stayathome.”

Govia Thameslink Railway has announced it will suspend Gatwick Express services from Monday as part of a further-reduced timetable due to a drop in demand and a rise in the number of staff off sick and self-isolating.

The operator said the measure will “help keep other trains running” and insisted the airport will be served by stopping trains with “more than adequate capacity to satisfy demand”.

Under the new timetable, Southern, Thameslink and Great Northern routes will operate frequencies similar to those on a normal Sunday.

Thames Clippers, which operates passenger boats on the River Thames in London, will suspended its services from Saturday due to a “significant drop in passenger demand in recent days”.

Chief executive Sean Collins said: “This decision has not been taken lightly. However, at this time, as a privately owned business, it is no longer viable for us to continue to run our services.”