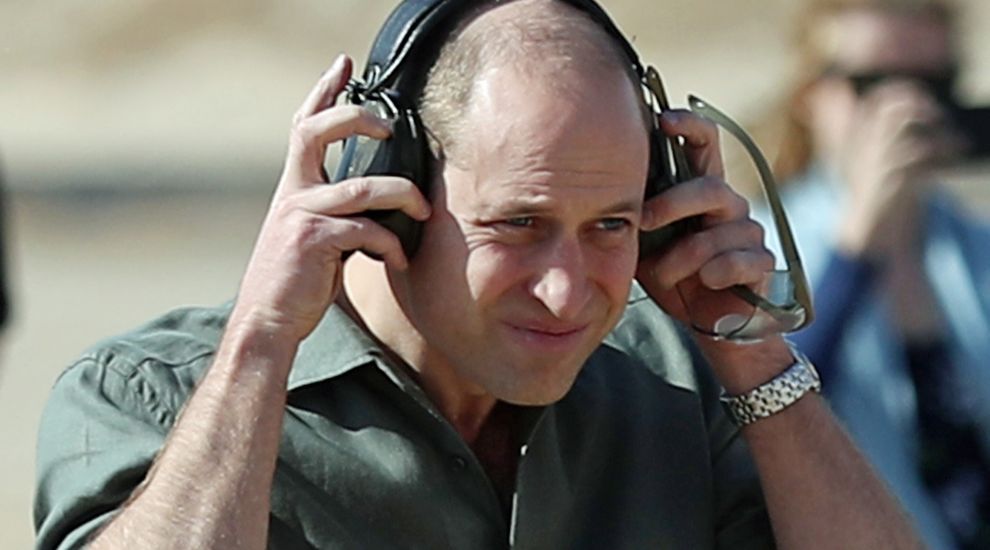 The Duke of Cambridge watched British troops and their Kuwaiti counterparts storm a building during a dramatic military exercise as his tour of the Middle East country ended.

William was an observer as the soldiers threw stun grenades into the premises which echoed to the sound of gunfire, albeit blanks, as they ran inside to confront the enemy.

Wearing protective glasses and ear defenders, the duke had a ringside seat for Exercise Desert Warrior – a type of exercise which would have been familiar to him, as he trained to be an Army officer at the Royal Military Academy Sandhurst.

Under the exercise, British troops train alongside Kuwaitis twice a year for four weeks, in a defence and security collaboration that can trace its origins back to the Treaty of Friendship signed between Kuwait and the UK in 1899.

Maj Smyth, whose men are midway through the exercise, said: “As I explained to the duke, defence forms the cornerstone of the UK-Kuwaiti relationship and this is a fantastic opportunity for us to demonstrate the UK’s enduring commitment to Kuwait.

“I explained to him at a company level our key outcome was wanting to improve that relationship and particularly build relations at a personal level. Defence is a small place and you can bump into each other again and again.”

After the demonstration of urban warfare, William chatted to some of the UK and Kuwaiti troops involved in the exercise and, speaking through an interpreter, asked a Middle East soldier about the scorching summers they experience.

The duke said: “Ask him what it’s like training in the summer when it’s 50 degrees outside,” and the soldier made the royal laugh when he said: “You melt.”

William was also intrigued by the body sensors the soldiers wore known as tactical engagement simulation (TES) – an automatic umpire that vibrates if a virtual bullet whizzes by or if someone is hit.

The duke asked another soldier: “I never got to use TES, is it working quite well?”

Before leaving, William received commemorative plaques to mark his visit and then headed off to Oman, the next stop on his Middle East tour.