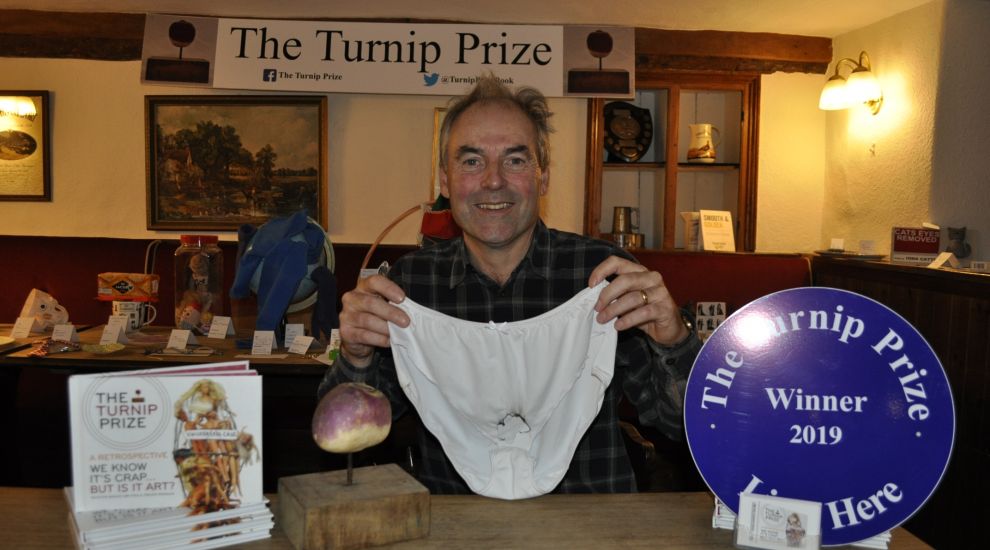 A pair of underpants with a burnt hole in them has won top honours in this year’s Turnip Prize.

The spoof award goes to someone who has “created something that they perceive to be crap art using the least amount of effort possible”.

The gong went to “Bush Fire Down Under” by an artist called Fanny Scorcher.

The winner, who described himself as a hairdresser, said: “My inspiration came from Toni Doherty, a woman in Port Macquarie, New South Wales, Australia, who during the recent bush fire rescued a koala.

“I am singed with excitement and have always had a burning desire to win this prestigious award.”

The 69-year-old, from Somerset, dedicated the award to Ms Doherty and Ellenborough Lewis, the koala who later died from his injuries.

“I am delighted with the lack of effort taken to create this work,” he said.

“This year’s event attracted a record total of 107 entries.

“It’s fantastic that Fanny has won, he clearly has what it takes to be recognised in modern art circles and will be remembered in art history for no time at all.

“I believe that over the last 21 years, the artists entering the Turnip Prize have created by far better works than Alex Farquharson and the Tate Britain Gallery could ever wish to exhibit.”

It began in 1999 as a response to Tracey Emin’s unmade bed, which was exhibited at the Tate Gallery that year.

Winners of the competition, organised by a Somerset pub, receive an actual turnip attached to a wooden base.