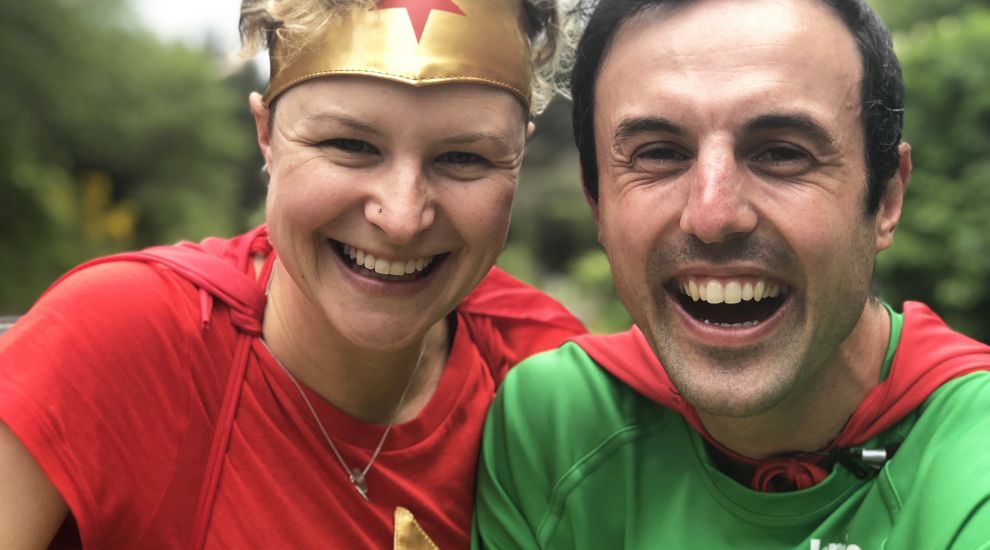 A female adventurer and former GB rower has run 2,352 miles across the UK completely barefoot.

Anna McNuff, from Gloucester, set off from the Shetland Isles in June and reached Cannizzaro Park in Wimbledon, London on Sunday.

During her challenge, she covered the equivalent of 90 marathons and burned 495,000 calories.

After reaching the finish line, she tweeted that she had completed “the adventure of a lifetime”.

“The past six months seem like a bizarre dream,” the ambassador for Girlguiding wrote.

“I know better than to try to process it all at once – that will take much wistful looking out of windows and some (imaginary) beard stroking.

“For now, all I can say is that I am overcome with pride for this amazing country.”

Ms McNuff previously rowed for GB, but stopped competing aged 23 due to injuries and went to work in marketing.

She then set off to cycle 11,000 miles around America in 2013 and began running extreme distances.

During a 2015 trip to New Zealand, she was inspired by barefoot runners she encountered and decided to try it.

She worked down from trainers, to shoes, to socks before finally going barefoot.

Speaking before the challenge, she said: “Feet are amazing, complex machines with over 7,000 nerve endings in each sole and 26 bones in each foot.”

Ms McNuff’s partner is Jamie McDonald, who runs as his alter-ego Adventureman.

In March this year, he completed a 5,500-mile fundraising run across the US unsupported.