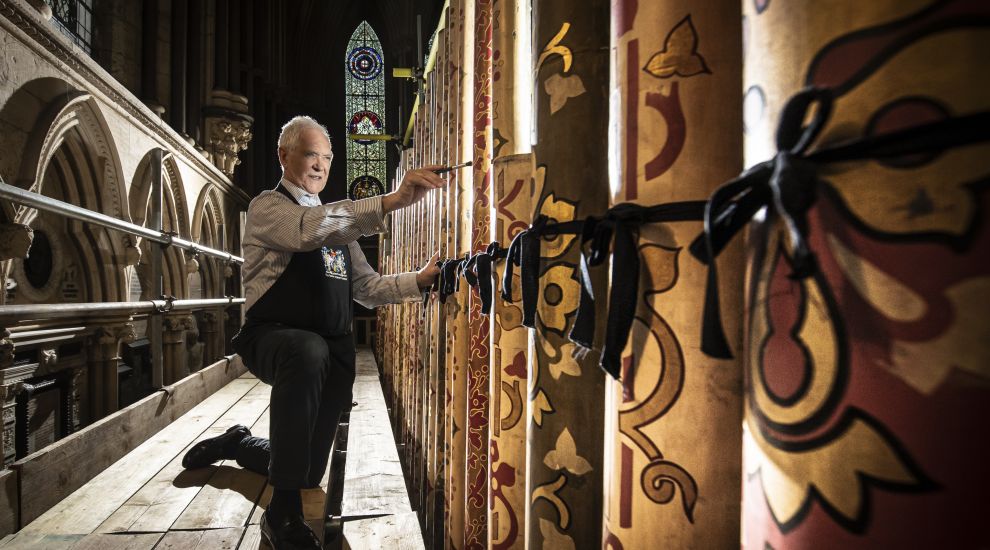 Historic pipes from York Minster’s grand organ are to be sold in an online auction to raise funds for a £2 million refurbishment of the instrument.

The 30 pipes date from the early 1830s – when a new organ was built following an arson attack in the cathedral – and have been silent for more than 100 years.

A further 70 pipes are being restored and will be brought back into musical use in the “once-a-century” refurbishment project.

The pipes have decorated the grand organ’s case since 1832 and, while most are being cleaned, repainted and returned to the organ, 30 were found to be beyond repair and will be replaced.

The remaining pipes are being restored in a chapel at the minster by graining and marbling specialists, who will also decorate the new pipes to match the distinctive gold, green, cream and red decoration of the originals.

The organ – which weighs around 20,000kg and contains 5,403 pipes – has been removed from the minster to be repaired and rebuilt.

The refurbishment includes extensive cleaning and the replacement of the organ’s mechanism.

It will be returned to the minster early next year and should be back in use in autumn 2020.

Neil Sanderson, director of the York Minster Fund, said: “The auction is a once-in-a-generation opportunity to own a piece of York Minster’s musical heritage, while supporting the future of organ music at the cathedral throughout the 21st century and beyond.

“Although, where possible, we have tried to retain and refurbish the instrument’s original features, unfortunately around 30% of the case pipes were beyond economic repair.

“Three of these pipes will be kept in our historic collection as a record of the instrument but the remaining 30 are being offered for auction to raise funds towards the once-a-century refurbishment project.”

The auction of the pipes will run until 12pm on Friday September 27.