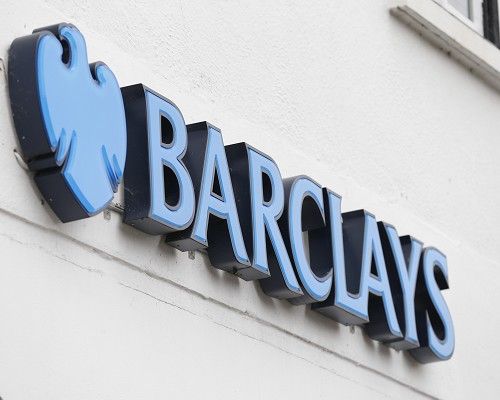 Barclays took an additional £750 million hit to cover alleged involvement in the foreign exchange rate-rigging scandal as it announced a rise in annual profits today.

Chief executive Antony Jenkins said the group was stronger than at any time since the financial crisis as it announced a 12% rise in adjusted pre-tax profits to £5.5 billion. But the lender's latest forex provision took its total exposure to the affair so far to £1.25 billion while it also added £200 million to provide for the ongoing compensation programme for customers mis-sold payment protection insurance.

Mr Jenkins said: "Barclays today is a stronger business, with better prospects, than at any time since the financial crisis."

Mr Jenkins is taking his first annual bonus since becoming chief executive in 2012 - of £1.1 million - after declining the previous two. Together with long-term awards and other remuneration it takes his total 2014 package to £5.5 million.

The sum is likely to cause controversy following a year in which Barclays has axed 14,000 jobs and closed a net 72 branches.

Statutory annual profits at the bank were down 21% after taking hits including those for the forex scandal and PPI as well as a £446 million loss on the sale of Barclays' Spanish business.

Mr Jenkins said: "While our work in transforming the bank is not complete, our performance in 2014 gives us confidence that we are on the right track."

Barclay's investment bank, which is being shrunk under plans to transform the group, saw profits fall 32% to £1.38 billion.