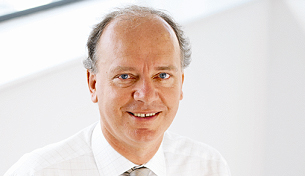 Bedell Trust has been included in the list of ‘Most Admired UK Companies’ for the fourth consecutive year.

The firm, which had already been chosen as one of the Top 25 Most Admired Trust Companies by PCP, was selected for inclusion in the industry magazine’s overall list.

Bedell Trust’s inclusion follows a year in which the firm expanded its private wealth offering in the family office market, introduced a depositary service to meet regulatory changes in the funds sector, and made further significant hires to strengthen teams.

Michael Richardson Executive Chairman of Bedell Trust said: “Our selection once again reflects the ongoing development of the firm which has included further expansion into new markets and the recruitment of experienced, highly qualified individuals to strengthen the depth of cross border expertise available to our clients. We continued to foster career development within the firm and earned recognition for the skills and client service qualities of many of our teams.”

Bedell Trust expands its reach with opening of Cayman operation