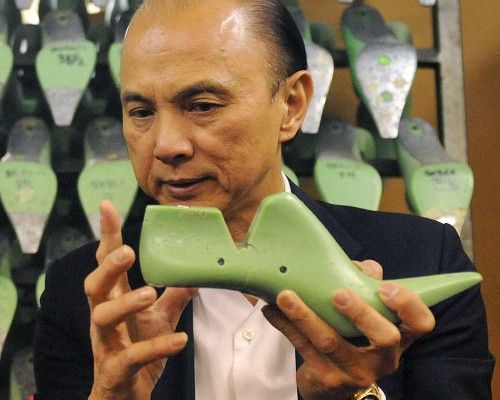 Designer shoe brand Jimmy Choo is to join the London stock market in a move reportedly set to value the business at more than £600 million.

The flotation, which is set to take place next month, will enable the partial sale of shares by German luxury goods firm JAB Holdings, whose other brands include Bally and Zagliani.

Since the opening of its first store in London by co-founders Tamara Mellon and Malaysian designer Jimmy Choo in 1996, the company has grown to become a leading luxury brand with 120 shops and annual sales of £282 million. Its shoes were made famous by Carrie Bradshaw in the US television series Sex And The City.

Jimmy Choo is likely to be one of a number of high profile names joining the stock market in the coming weeks after the removal of uncertainty over the Scottish referendum result.

Motoring breakdown service the RAC is also said to be near to announcing plans to go public, while challenger bank Aldermore and housebuilder Miller have already disclosed their listing plans.

Shoes are seen as one of the fastest growing segments of the luxury goods market and Jimmy Choo said it would continue to open ten to 15 stores a year, with growth in Asian markets a key target.

Mr Choo sold his interest in the luxury goods firm in 2001 when private equity firm Phoenix Equity Partners invested roughly £9 million in the business. Lion Capital took control in 2004 and TowerBrook bought a majority stake in the business in 2007 in a deal which valued it at £185 million.