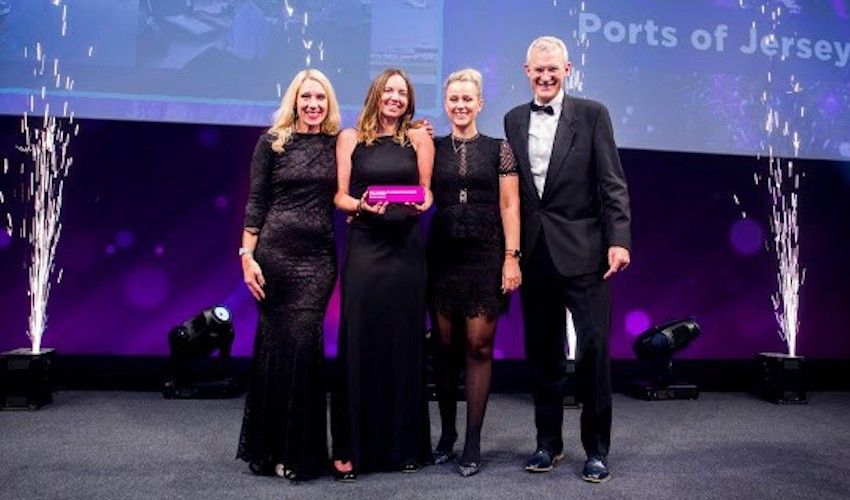 Ports of Jersey's restructuring of staff employment policies was recently recognised with a national award.

The 'Best Reward and Recognition Initiative' award from the Chartered Institute of Personnel and Development (CIPD) came after the organisation undertook a review of the pay system inherited by the organisation when it became incorporated in 2015, which at the time was widely regarded as 'unfair'.

Over a subsequent two-year period in 2017 and 2018, Ports of Jersey says it redesigned the company’s entire pay structure, including its associated terms and conditions to make it more equitable across the entire business.

During the ceremony in which the award was presented, the project was described as "exemplary and something for other HR/people management professionals to aspire to when undertaking fundamental changes to employee pay and associated terms and conditions".

Hannah Gleave, Head of Human Resources for Ports of Jersey, commented: “This is fantastic news and a very proud moment - not only for Ports of Jersey, but for the island itself, as it clearly demonstrates that despite our size and stature we can punch above our weight and be recognised and rewarded at a national level by such a prestigious and globally recognised organisation as the CIPD."

She continued: "To have our Reward Transformation programme recognised and celebrated as the best initiative by our profession validates our company’s approach of listening to and empowering our own people to develop and progress.”