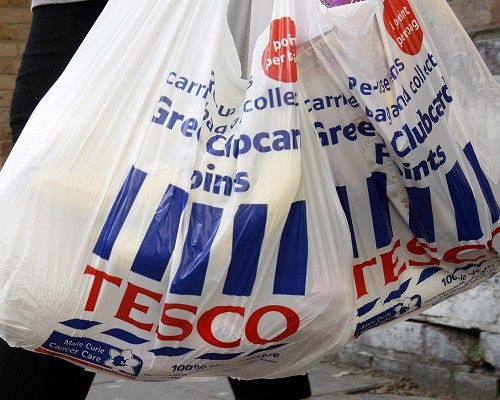 Tesco sales are falling at the fastest rate in the grocery industry as ongoing price wars continue to benefit shoppers and squeeze the major retailers.

The supermarket, which is expected reveal a steep fall in half-year profits on Thursday after a £250 million shortfall in its accounts, saw its sales fall 3.6% in the 12 weeks to October 12, according to data from Kantar Worldpanel.

Its market share declined to 28.8% from 30.1% a year earlier but Tesco will draw some comfort from the sales decline being the weakest since June. The grocery market continues to show discount retailers Aldi and Lidl growing share, albeit at a slightly slower rate, while upmarket rival Waitrose achieved a record market position after a strong rise in sales.

Grocery prices fell by 0.2%, a record since Kantar's records began in 2006, as the growth of Aldi and Lidl continues to drag prices down across the industry.

Among the big four supermarkets Asda, which embarked on price cuts before its peers last year, was the only firm to make gains. Its sales lifted 1%, and its market share rose to 17.3% from 17.2% over the 12 months.

The German discounters continued to attract increasing amounts of shoppers, but at a slower rate to suggest that price cutting by rivals may be beginning to have an effect.

Kantar's head of retail and consumer insight Fraser McKevitt said: "While the supermarkets are battling it out on price, the real winners are consumers. Extensive price cutting by some supermarkets in a bid to win the price war means that customers are saving on everyday items such as vegetables and milk."

Meanwhile at the top end of the market Waitrose saw its market share rise to a record 5.2% from 4.9% a year earlier, while sales lifted 6.8%.

Mr McKevitt said: "We are seeing clear polarisation of the market with both the premium and discount ends of the market gaining share, while the mainstream grocers continue to be squeezed in the middle."