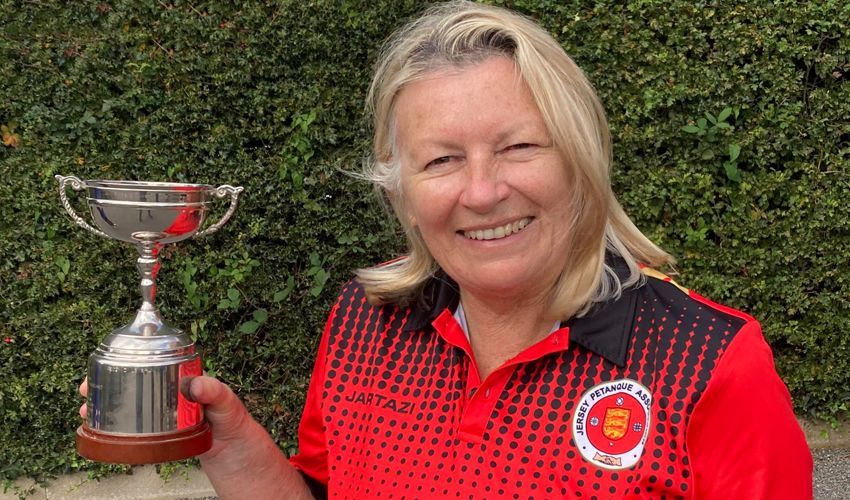 There was just one woman among the dozen players taking part in the annual St Mary Singles pétanque competition, but one was all that was needed to win the trophy.

And she did it in remarkable circumstances. Brigitte Ibitson won the competition on the last end of a dramatic final when she beat her husband Dave 13-12. Earlier in the day, during the qualification round, she’d also beaten her husband in another close match, 13-11. She was delighted to have done so because, as she explained, “I never beat my husband when I play against him,” but having done so once she managed to do it again in the final in which she was always behind until the closing stages. Earlier she’d sailed through her semi-final with a 13-5 win against Mike Fennell while her husband went one better, beating Mick Cotillard 13-4. Although the latter was standing in for Keith White who had won his group in the qualifying round but had had to withdraw through illness.