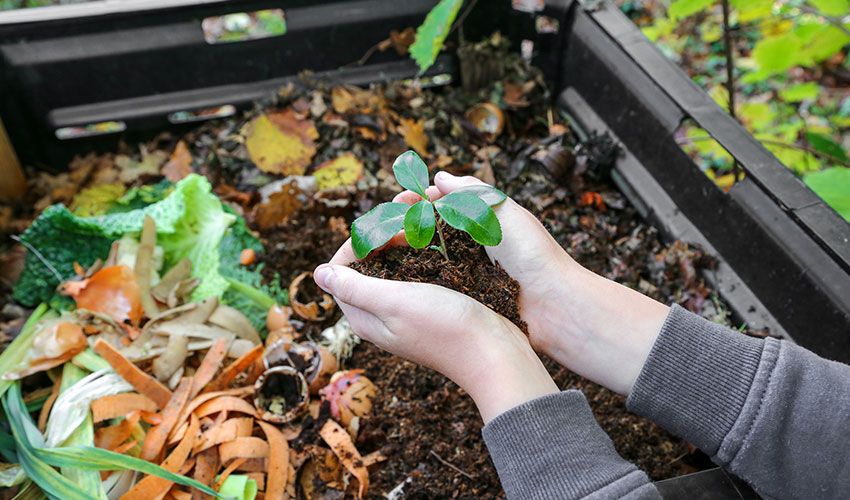 National Trust organisations from 19 jurisdictions, including Jersey, are calling for an urgent ban on the use of peat in compost to tackle climate crisis.

National Trust organisations from around the world have teamed up to call for an urgent ban on the use of peat in compost as part of an international effort to tackle the effects of climate change.

Organisations from 19 countries including those from Scotland, Ireland, Germany, Guernsey, Indonesia and Jersey [1] are among those adding their call to a ban to tackle the nature and climate crises.

Healthy peatlands act as carbon sinks, trapping in carbon to help mitigate the impacts of climate change. They also help to control flooding and encourage vegetation that can provide homes for an array of wildlife.

But when they are damaged, such as mining for compost, they lose these abilities and emit their carbon dioxide into the atmosphere. [2]

The international organisations are also calling on their cumulative 8million members to stop buying products that rely on peat and seek sustainable alternatives [3].

By stripping the demand for peat used for horticultural purposes [4], conservation organisations hope to protect one of the most important naturally occurring defences to climate change – which take thousands of years to develop once lost.

They say that a failure to implement a ban will undermine any climate and nature commitments made by world leaders at COP 26.

Director General Hilary McGrady from the National Trust of England, Wales and Northern Ireland said: “We often hear how difficult it is to get world leaders to work together to create the change that is needed to tackle the climate crisis. Indeed, our own prime minister has recently publicly admitted his fears over the success of COP 26. But here we have an easy win that would have the dual benefit of protecting one of our most important natural assets in the fight while creating homes for wildlife and simultaneously significantly reducing the amount of carbon dioxide we are pumping into the atmosphere.

“We are all taking action in our organisations to eliminate the use of peat in our gardens and through our supply chains - but we can’t end this practice alone. So today, I join a host of international National Trust organisations in calling on our members to make a positive choice for climate and for nature when shopping at garden centres and buy peat-free compost to use in their gardens and check whether the plants they are buying are peat free. It is through this sort of collective effort that we can unite in the fight against climate change.“We also need governments to step up and play their part by bringing in legislation that bans the sale of products containing peat.”

More than two million cubic metres of peat was used in the UK in 2019, with about half imported from the Republic of Ireland, 220,000m3 from other EU countries and 800,000m3 dug from domestic peatlands.

This prompted the National Trust UK to join the RSPB, the Wildlife Trust and the Royal Horticultural Society, among others to write to Environment Secretary George Eustice last year and call for a ban on peat in compost by 2025.

The letter said: “Allowing peat use to continue rewards failure and undermines the prime minister’s commitment . . . to lead the way on climate change and to tackle the loss of biodiversity.”

Despite the publication of the Government’s England Peat Action Plan in May, with a promise to consult this year on banning the sale of peat and peat containing products to the public by 2024, the expected consultation has yet to launch, forcing international National Trusts to once again call for action.

Now, the National Trusts are going one step further, and calling for amateur gardener members to choose to go peat free, while offering a range of alternative options.