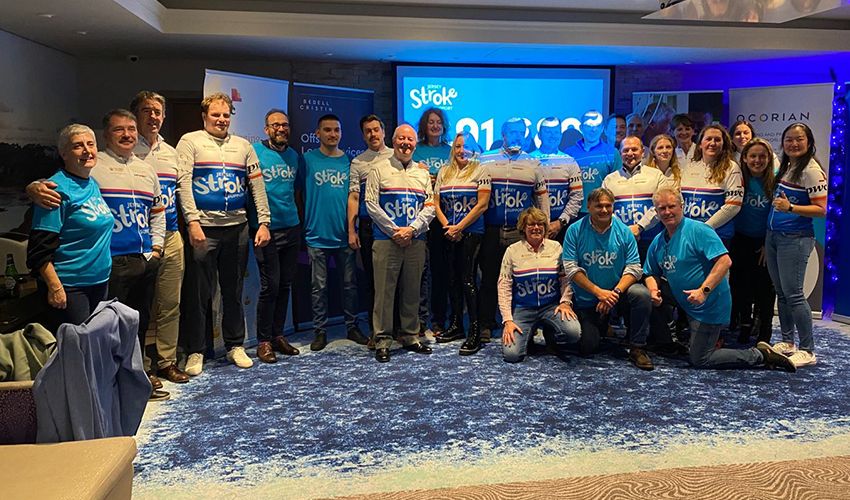 A charity cycle ride has succeeded in raising £91,689 in aid of Jersey Stroke Support. The cycle challenge, which took place between 20-24th September, saw 52 cyclists travel 300 miles from London to Paris over the four-day period.

The initiative was supported by lead sponsors Bedell Cristin and PWC, alongside Ocorian Charitable Trust and C Le Masurier Ltd. Further support was provided by Woodside Logistics, as well as The Idea Works, who designed bespoke cycling jerseys for the group, and Jersey Post, who helped to transport the bikes.

Jersey Stroke Support Ltd was set up after its founders identified a gap in the provision of stroke services in Jersey. It aims to help stroke survivors and their families, providing post-stroke reviews to islanders, helping to increase safety, and raising the profile in Jersey about stroke and stroke prevention.

Tim Pearce, Global Managing Partner of Bedell Cristin and Director of Jersey Stroke Support, commented, “At Bedell Cristin, we care deeply about giving back to the community, and we are very pleased to have been able to play a part in this initiative, not only through sponsorship, but also through the incredibly hard work of a number of our team who trained for weeks in order to participate in the challenge.

“It was a gruelling four days of physical and mental exertion, but it was also incredibly rewarding for everyone who took part, and I know that the team is delighted to have contributed to such an incredible fundraising total.”

Tracy O’Regan, Director of Jersey Stroke Support and Founding member of the charity, added: “We cannot thank all the participants and fundraisers enough for their hard work which has allowed us to raise such a phenomenal amount. We are truly humbled by the support, which will allow us to build on and improve the services the charity is able to offer to islanders and families affected by stroke in Jersey and will allow us to make a real difference to their lives.”

If you would like to support Jersey Stroke Support, please get in touch at enquiries@jerseystroke.org.je

Jersey Hospice at 40… Looking to the future