A Union of Minds 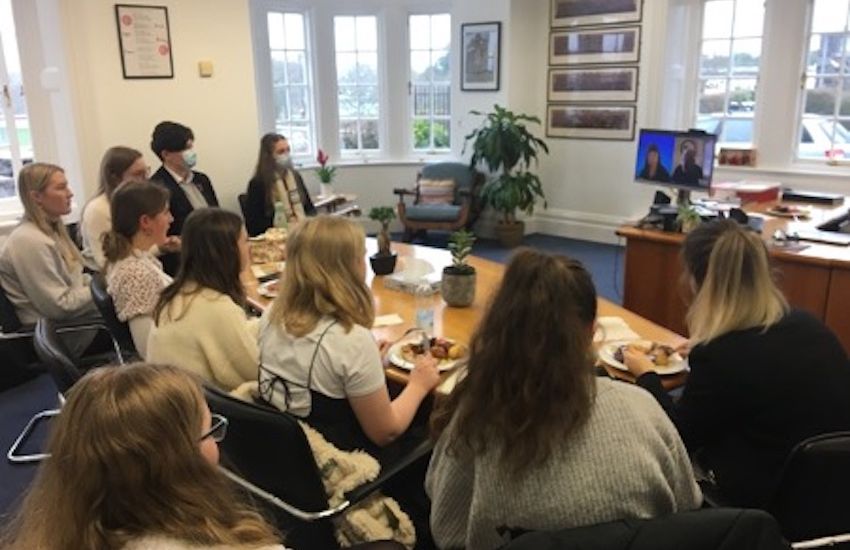 A Union of Minds

It's not every day you get to talk to a general secretary of a major Union.

However, the Political Discussion Group at JCG recently relished that opportunity yesterday as they enjoyed an insightful, fascinating and wide-ranging conversation with Paul Whiteman, General Secretary and Liz Salisbury, Regional Officer of the NAHT (National Association of Head Teachers); a union with a membership of over 35,000.

What is the dynamic between the General Secretary and Secretary of State for Education? How do their frequent meetings work? Who influences who? Are all unions politically affiliated? How do the structures within the union operate at a national and local level? How do unions cooperate? What is the union doing to improve diversity and inclusion? Will Boris Johnson be PM this time next year? All these and more were discussed.

Annabel, a Year 12 student, stated: 'It was so interesting and good to hear their favourite part of the job is the fact that they have the influence to make change to positively benefit the people that they represent. They get to fight for what they believe is fair and will resolve the problems that are present in the current system.'

Carl Howarth, Principal, commented: 'A huge thank you to Paul and Liz for their time, expertise and investment in our students so that they learn about the important work of trade unions and the essential counterbalance they play to Government.'

Paul Whiteman, General Secretary, stated: 'I really enjoyed it. The students were so impressive. It's not every day I get to hear from the members or opponents of the future.'