New Trustee and Deputy Chair for Foundation Board 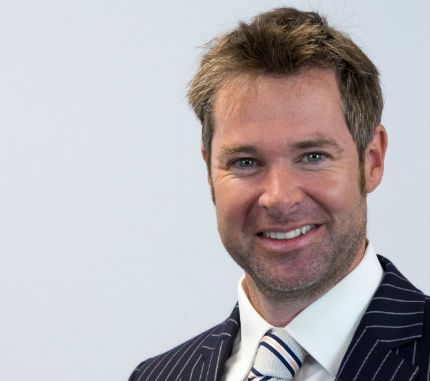 New Trustee and Deputy Chair for Foundation Board

Lloyds Bank Foundation for the Channel Islands has appointed a new Trustee to its Board, Guernsey. Advocate Gavin Ferguson, replacing Advocate Simon Howitt, who retired after six years’ board membership.

Gavin is a Partner and Head of the Private Client and Trust department at international law firm Ogier and has practised law since 2001. He is a recognised practitioner in Guernsey and British Virgin Islands fiduciary law, a Notary Public and he also acts in a personal fiduciary capacity for a number of corporate and charitable structures.

Since returning to the island in 2005, after studying law and starting his career in the UK, Gavin has served on the Board of St. John Ambulance and Rescue Guernsey. He is a founding member and guardian of Male Uprising Guernsey (MUG) and protector for a large, private charitable trust.

Advocate Simon Howitt, who during his six years as a Trustee, has held the position of Deputy Chair since November 2015. Taking over responsibility for the Deputy Chair is Mike Starkey who has been on the Board for nearly four years as an appointed Lloyds Bank International Trustee. Mike is Head of Credit and Island Director in Guernsey, and is also a Director of the Guernsey Voluntary Service and a Trustee of Help a Guernsey Child.

“I’m very pleased that Gavin is joining our Board of Trustees at the Foundation. He brings with him much experience of the Channel Islands’ charitable realm, as he has for a number of years worked on other charitable boards as well as co-founding his own charity, MUG. All of this will greatly benefit the work of the Foundation in reaching out to those who are marginalised in society and giving a helping hand. His legal knowledge and experience will also be very valuable to us.”

“I’d like to thank Simon for his many years of dedication to the Board and all of the great insight he has offered us over the years. We will be sad to see him go and we wish him all the best in his future endeavours. We know he will greatly benefit any new venture he undertakes.”

She continued: “I am delighted that Mike has agreed to take the role of Deputy Chair and I know that he will undertake his new role as Deputy Chair with a strong sense of commitment and enthusiasm.”