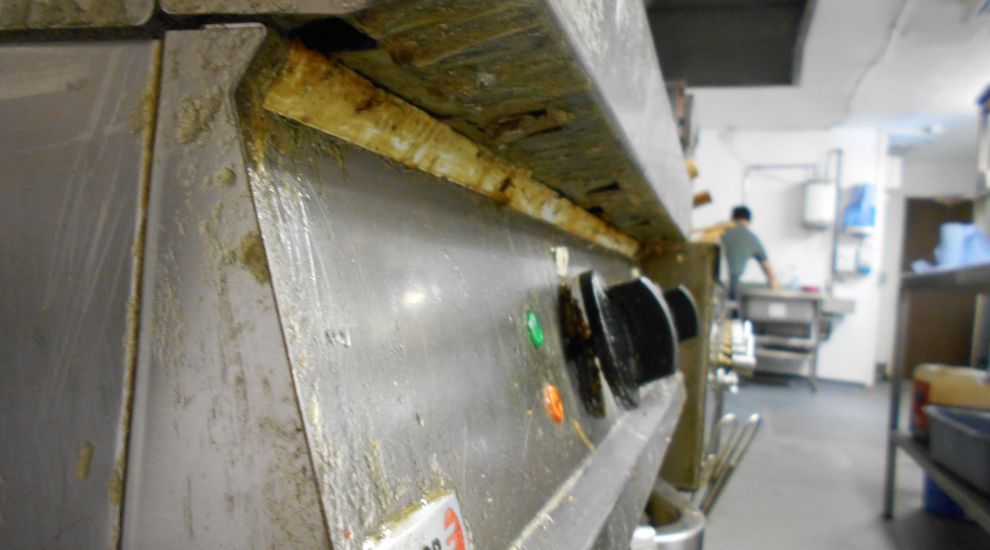 During a routine food hygiene inspection of the Rohais Chinese Takeaway on 6th January 2017, Environmental Health Officers witnessed very poor standards of cleaning which placed food at a serious risk of contamination.

The business voluntarily closed in order to carry out improvements and eight legal notices were served requiring improvements to the standards of cleanliness, structure, training, pest proofing and written management systems.  Following multiple revisits to the premises, the inspecting officer was satisfied that the conditions within the premises had improved to a basic legal standard and in compliance with the Improvement Notices.  During a compliance visit on 17th May 2017, however, the standard of cleaning was seen to have deteriorated significantly and food operations were again being allowed to take place in insanitary conditions.  Due to the seriousness and ongoing nature of the breaches that were witnessed this matter was referred for prosecution.

On 23rd October, Mr Guang You Wang pleaded guilty to a single food hygiene offence of operating a food business in insanitary conditions, which covered numerous visits made by EHO’s between January and May 2017.   Mr Wang was found guilty of the offence and was fined £1500 and sentenced to 2 months imprisonment, suspended for 2 years.  The judgement took into consideration the serious and persistent nature of the conditions that were witnessed and Mr Wang’s poor history of compliance, including a previous prosecution for food safety offences in 2012.

The poor conditions and standards of cleanliness witnessed within this food business were unacceptable.  The build-up of grease, food debris and dirt in food preparation and storage areas posed a risk of contamination to food items and danger to public health and the sentence reflects the seriousness of the offence.

The public should understand that wherever imminent risk existed, Environmental Health Officers ensured that immediate remedial measures were taken and / or the premises were closed but the ongoing and worrying conditions meant that it was necessary for further legal action to be taken.”