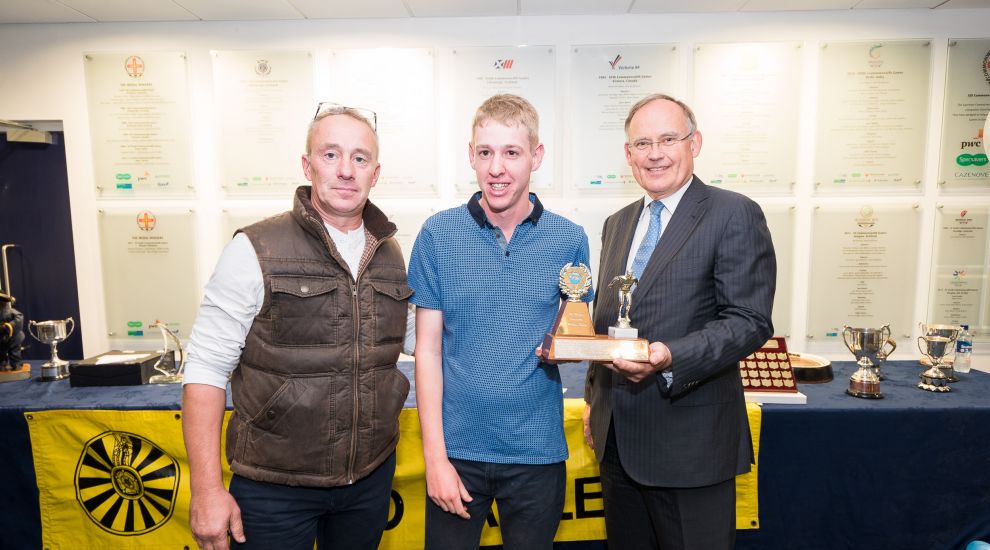 28 trophies which honoured the swimming and fundraising efforts of individuals and teams involved, were handed out at the ceremony by the Bailiff of Guernsey, Sir Richard Collas. Awards for most funds raised in different business sectors was fiercely competitive, with corporate entrants being eligible for gold, silver and bronze awards depending on the amount of funds raised.

But it was the awards for special achievement that proved most challenging for the committee to decide, with so many deserving entrants to choose from.

Tom Lowe, a promising young disabled sportsman who not only swims but also takes part in volleyball, snooker and shot-put, collected the Cable & Wireless Guernsey Can Award for Special Endeavour and David Parsons was awarded the Guernsey Sports Association for the Disabled trophy for the Most Improved Swimmer.

The schools turned out in force this year with 95% taking their pupils and teachers to the pools throughout the week. The Hambros Bank Trophy for Most Laps Swum by a school team went to the St Sampsons Brecqou House for an impressive 291 laps swum.

St Sampsons High also won the R G Falla Cup award for Most Funds Raised having collected £2,737 through sponsorship. The pupils of St Sampsons High earned one house point per lap swum and per pound raised so competition was rife this year for the school with more pupils diving into the pool than ever before.

Since its launch the Swimarathon has generated over £1,430,000 for Bailiwick charities, making it the island’s largest community fundraising event.

Aaron Walden, Commercial Manager, Skipton International, said: “Congratulations to everyone who took part in the Skipton Swimarathon this year. At Skipton we were delighted to see a record number of swimmers sign up for the event. We are keen to distribute funds, so if anyone still has sponsorship to collect, it would be greatly appreciated if this could be arranged and the money paid in as soon as possible.”