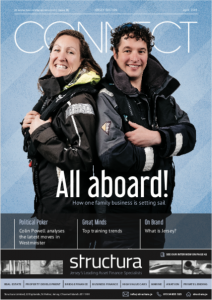 It’s a game of political poker and the stakes couldn’t be higher. On one side of the table, a growing list of UK MP’s including former party leaders and assorted heavy hitters, not least Ken Clark - dubbed the big beast in suede shoes - who you can just imagine hunched over the greenbaize, fat cigar clamped firmly between his teethand brown loafers kicked into an untidy pile beneath his chair. The current Father of the House and former Chancellor is one of the growing list of senior parliamentarians who believe Jersey should publish a register of company ownership.

Facing him we have, amongst others, Colin Powell, long-term advisor to Jersey’s government, a seasoned civil servant at home in the corridors of power, and seen by many as one of key architects of Jersey’s modern times prosperity.

As the dim light shines around the card table, you recognise other familiar faces, from the diminutive Margaret Hodge to the rather floppy Andrew Mitchell.

Pressure is mounting on Jersey to accept what’s claimed to be the will of the House of Commons: publish and be damned; lots of heat, very little light. But wait, Jersey argues, you already get more (and better) information in the current set- up, in which law enforcement can request what they want and receive it in less than an hour? And, by the way, you can only tell us what to do if you think it is a matter of good government (of which, ahem, an agreed definition doesn’t exist) - but this certainly isn’t it! So there!

‘Constitutional Crisis’, or a test to see who blinksfirst?

Jersey isn’t saying “no” - as Colin Powell explains in depth on page 18, it is more a case of “not yet” - once proper process (i.e. consultation) has been followed.

So what happens next? Well, this isn’t the only card on the table which is marked “Constitutional Crisis” - in fact a row with the Crown Dependencies must seem like no more than a quick hand of Beggar My Neighbour, when compared to Brexit, which seems set to become the defining political farce of our time.The constitutional sensitivities of the Crown Dependencies are small change when compared to the massive upheaval caused by total European withdrawal.

Jersey is hoping that reason, and its twin brother, common sense, will prevail. Although one glance at the activities on the floor of the House ofCommons in recent weeks suggests that those two particular cards have long been shuffled right to the bottom of the pack.