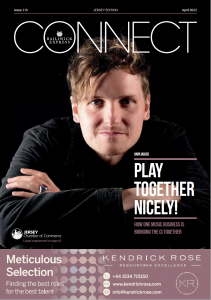 Go deep or go broad? They are two (of many) different ways of looking at the media – essentially the question is this. Which gives you more pleasure to read? An article which makes you think, “exactly!” “I agree!” Or one which challenges the very foundations of the views that you hold dear?

One takes much more energy to process than the other. One is reassuring; the other is (to a degree) upsetting.

I’m not going to rehearse the algorithms argument here, that essentially many digital media platforms serve up content to you that reinforces what you already think, confirming your prejudices and pushing you further into your own views, which gradually become more extreme.

To an extent, ‘twas ever thus. Readers have long bought their favourite newspaper because it reinforced their own world view, and offered more and more evidence that they were right all along! You see!

Of course, the quality publications leavened that ‘mono-view’ diet with a few contrary articles, just to keep you on your toes. But essentially, if you read the Daily Mail, or the Guardian, you knew what you were getting.

But what technology has done is to add extra sophistication to what was previously a pretty blunt judgement, broadly along the lines of the political spectrum.

Now the tech takes you much deeper under the guise of giving you more of what you want, based on your perceived likes/dislikes/aspirations/hates. Deeper, not broader.

On page 48 of this edition, the Jersey Policy Forum looks at all this in a local context. We are lucky to have a range of media outlets, all of whom mix ‘straight’ reporting of daily events with opinion columns and other clearly marked articles which specifically warn you a particular point of view is being promoted.

All media are ‘biased’ in the purest sense of the word, as every one (even the BBC) involves a degree of human choice as to which stories to cover, and how to present them to their audience. But as ever, there is a range here, and I believe all of the local media sit at the ‘easy’ end of that range, in that they all present a variety of viewpoints. They all see their role as being to communicate a wide range of stories, without specifically and repeatedly favouring a particular viewpoint – as to do otherwise would be to alienate parts of what is already a small potential audience.

The fact we have that in Jersey is regularly missed, so it is important, just once in a while, to call it out. Not least as we head into the final stages of the election period, when accusations of prejudice, favoritism and bias will be thrown around to score political points, even though they are entirely without foundation. It always happens in elections.

Enjoy Connect…with its range of views.