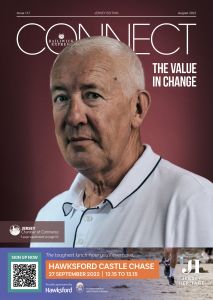 Next month, Jersey’s new Council of Ministers will deliver a ‘mini-budget;’ its main purpose will be aimed at helping islanders ameliorate the sharply rising cost of living, with inflation predicted to soon top 10%.

It’s worth reflecting on the speed at which we have reached this point, as it is only a few months ago that we were enjoying the longest period of rock-bottom interest rates that most islanders could remember, combined with a paltry inflation rate.

But enter the terrible triumvirate of Putin, Covid and Brexit, and suddenly the only political topic in town is how many people are going to be able to afford heating and eating bills this winter.

Of course, interest rates have gone up to try and deal with it, something which actually has a particular benefit for Jersey’s Treasury, via the boost to the banking sector.

That also gives the Government here a little latitude in how to deal with it, and perhaps pay for some of the measures – like a cut in fuel duty – which we may see next month.

In an era which is commonly described as ‘fast-paced,’ the speed with which we have had to deal with life-changing events over the past two-and-a-half years has been dizzying.

That’s reflected in one the main articles this month, which you’ll find on page 46 – in it, Andrew Bagot from Alliance Supermarkets sets out the reasons why retail prices have risen so sharply, and more to the point, what retailers can do about it.

It’s a sector which is facing heavy disruption with waves of change emanating from new technologies, the supply chain, regulation, consumer habits, and in common with almost every other business in Jersey, recruitment.

There is nothing remotely perfect about this particular storm, and who will be left standing when it finally passes – and what the landscape will actually look like – is a genuine and worrying question.

Perhaps we have been inured to ‘crises’ given we are regularly told of a new one most days now – and then when a genuine one comes along, we can just nonchalantly shrug our shoulders, and mutter “same old, same old,” before tuning back into Love Island.

In the meantime, read Connect. If nothing else, it’s Love Island for thinkers.