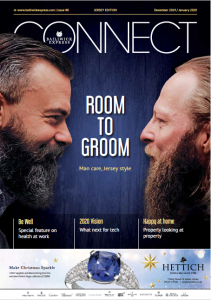 Jersey always seems to be “at a crossroads.” It’s one of those phrases which have been stripped of all meaning through over-use. Whether the point being made relates to population numbers, house prices, environmental impacts or tax, you’ll hear (at least once a year, for each of them) that the island is at a crossroads. Logically, that can’t be true; if you are always at a crossroads, that means a decision on which road to take has never been made….err...hang on a minute?

The issue around house prices is a great example of where people sagely say the island has reached a decision point. Really? What exactly is the decision to be taken? Surely no one could credibly argue that the States should pursue policies designed to artificially inflate house prices? So, the decision is actually between doing nothing (standing in the middle of the crossroads for another year, and potentially getting run over); or implementing a policy intended to force prices down for a particular section of the community, deemed to be in need of a helping hand, such as young first-time buyers. Already, it’s become a bit lopsided.

The problem of course is that the housing market is a complex and dynamic entity, where it is very difficult to apply policy to one area, and isolate the rest of the market for unplanned effects from your decision. A bit like focusing population policy on so called “high value” residents only, and forgetting everyone else.

Such is the argument made by Broadlands’ Harry Trower on page 6 of this edition. While the market has seen lots of new supply of smaller flats, where does that leave young families who want to make the move into a house, perhaps (whisper it quietly) with a small garden and….(gasps of horror at their rapacity)….parking for a car.

Equally, the issue is absolutely one of the ‘haves’ and ‘have-nots.’ Once you have stood in the Royal Court and raised your right hand during a formal ceremony of which you have understood precisely nothing, you are a home-owner. Congratulations. You now hold the view that the very last thing you ever truly want (despite what you might pretend in polite company) is for that massive asset you’ve just bought on behalf of the bank, to go down in value. The only way is up. As long as you remain a Jersey home-owner, that will remain your view, and talk of linking the island to France as a way of pouring lots more supply into the market and so forcing down prices, makes you choke on your cornflakes. Yes, you understand exactly how hard it is to get on the ladder, you’ve just done it yourself. But times have, already, changed. Forever.

Just 24 hours before, you held the 180 degree, diametrically opposed, position: Jersey should do more to prevent its valued young people leaving the island, because they can’t afford to buy a small plot of the mother-earth. For you the brain drain was real, not just something which happens after the first glass of Merlot on a Friday evening.

Yesterday, bring prices down, so I can get on the ladder; today, don’t mess with the market, let it roll, baby! Same you, different circumstances.

And that’s the tricky thing about crossroads. They force a binary decision on a situation which just doesn’t want, or need, one.

They should be left for decisions like the one you have now; whether to read Connect now, or later.