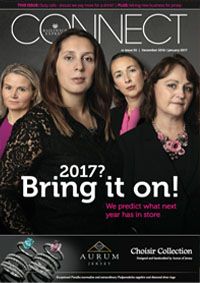 Believe me, you need to enjoy this Christmas, because in January, everything changes. The western world will reluctantly shuffle aboard the Trump Express, and discover what thousands of mid-west American voters have unleashed on our calm, predictable and reassuring 2017. To misquote screen legend Vinne Jones, “It’s gonna be emotional.”

Except things never quite work out as you expect; never as badly, or as well, as forecast. In the current phoney war before Trump actually takes charge of the White House hair care products from Michelle Obama, he is quickly learning the time honoured political tradition of ‘reviewing’ election promises, once (almost) in office. Those mid-west American voters are unlikely to get what they voted for. It’s difficult to suppress a smug little smile at that thought. In fact, the odds are shorter on Trump being impeached (or since this is America, shot) than actually delivering on the walls, bans and china- hating rhetoric which infested his campaign.

So just as Brexit might (bear with me on this) turn out to be a real opportunity for nimble, aggressive, opportunistic jurisdictions such as Jersey (that’s us by the way), America’s resounding Trump might also herald in a new era of commercial freedom, less oppressive regulation, and opportunities for all. In fact, you might almost describe it as a hair piece with a silver lining.

Now before you think I’ve started early on the Christmas egg nog (you’d be right), my point is that we just don’t know. And that’s what I love about this time of year. We celebrate what we love, and then we ready ourselves for the smash of uncertainty which erupts with the New Year. With the way the world seems to be at the moment, there is change, there is disruption, and there is... opportunity. It’s like the Wild West writ large. And that’s what makes it exciting. So, if you were upset about Connect quoting such a low-brow authority as Big Chris at the start of this article, would it appease you if we now introduced instead that colossus of Victorian crime fiction, Sherlock Holmes - “...the game’s afoot!”

Indeed it is, and it is up to us what we make of it. If you need help planning how you will play your hand, then turn to page 6 where eight leading business women predict how they think their sectors will develop in 2017.

Good luck. I hope Connect guides you wisely along your chosen path - or at the very least, that it gives you something entertaining to read, if you decide that we’ve already had too much excitement for one year, and you’d rather sit this one out instead.