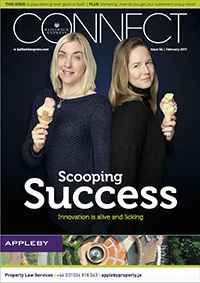 Who stole the chicken? No, it’s not another piece of the vegan graffiti being chalked up around St Helier - actually, it neatly sums up the fall-out (phase 1) from the horrible scandal surrounding the Jersey Innovation Fund. Let me explain.

Remember Schindler’s List? An epic film for many reasons, but particularly the scene in which the psychotic Nazi Amon Goth harangues a terrified group of Jewish prisoners, demanding to know, “Who stole the chicken?” When they don’t answer him, he randomly shoots one of them dead, and then shouts the question again: “Who stole the Chicken?” In reply, a frightened - but quick- thinking - young boy simply points at the dead man on the floor - “It was him!”

Fast forward to Jersey 2017, and one of the first news stories of the year was the resignation of Mike King, the Fund’s accounting officer. Sure enough when the damning report on the Fund was published a week later, Mr King was one of those very firmly in the firing line.

And had the chronology of those two events been reversed, that might have been it - the man who ‘stole the chicken’ was dead. But in this case, the bullets didn’t stop there - a week later Senator Philip Ozouf relinquished, with agonising slowness, his role as Assistant Minister. But he warned that others will follow! Cue the corrosive political positioning - “It was him!” - which will underpin the next few months while a succession of reviews simply releases more bad news stories into the public domain.

This isn’t going to be a quick ‘clean’ death - it will be a long drawn out affair, with allegations, counter-claims and scores being settled. Perhaps more like the Godfather than Schindler’s List.

Of course, one of the principal victims, left bleeding on the floor after the ministerial crossfire, will be confidence: confidence in Jersey as a place to do business; confidence within the civil service that their risks will be backed-up by their Ministers; and confidence in the merit of supporting entrepreneurs. Let’s be clear, the Innovation Fund was a good idea in principle, one that was tragically shot-down by its execution.

And so in the midst of the political feuding, internecine struggles and death by spin which we’ll see over the next few months, I would urge you to return, desperate for sustenance, to this issue of Connect.

For inside these pages, you will find the strength to go on. On page 5 there’s the story of two local entrepreneurs who had an idea, secured the funding, and successfully followed their dream - yes, it does still happen in Jersey.

And then on page 26 The Fool applies his cold, hard logic to the Innovation Fund saga - it might be an antidote to some of the more bizarre self-jutifications you’ll be reading elsewhere.

And then finally on page 28, you’ll find the story of a local man, who has taken on one of the foremost coffee/lunch brands, Mange Tout - in the midst of all the angst, doubt and vacillation, he’s just gone on and done it.