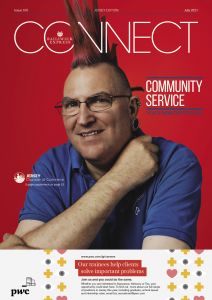 Of course, it was never going to be that simple. To be a responsible company, you need to reduce your carbon footprint. So far, so good. Many businesses have already tuned into that, and the growth of video meetings has helped them by reducing some of the need for transport.

New building techniques, the ‘die-hards’ moving away from ‘hard-copy documentation,’ and electric vehicles beginning to come down in price, have also all helped. Add in a bit of ‘carbon offsetting’ to counter the carbon which can’t be removed…and hey presto! We have a ‘green business!’

Well, not quite. You see it turns out that not all carbon offsetting schemes are the same; and there is quite a difference between simply planting lots of exactly the same variety of tree; and really attending, in a meaningful way, to the long-term biodiversity of a struggling region.

Turns out that climate change, and the loss of biodiversity, are really two sides of the same major problem.

Which is where Durrell has now come forward with a solution. Their Rewild Carbon plan is launched this month, and you will find a detailed feature on it in this edition – see page 16.

Rather than simply being focused on tree-planting, their carbon plan involved fully restoring the biodiversity of areas such as the Atlantic rainforest. They intend it to be a deep, and long-term solution, using their global reach and reputation for saving species.

Which provides an obvious, if tenuous, connection to our front cover feature – Steven Laffoley-Edwards.

He’s the man at the heart of both the Jersey Arts Centre, and the Honourary Police in St. Saviour; someone who works every day to prove that Jersey’s fabled ‘community spirit’ is still very much alive and well.

For him, there is always a ‘right way’ of getting things done, which brings together attention to detail, commitment to the cause and standing out from the crowd. Perhaps there are actually quite a few connections to Durrell’s carbon plans.