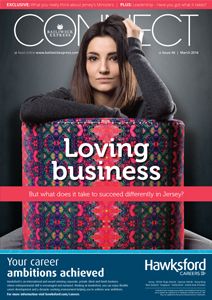 Don’t do it. For those of you who have jumped ahead, looked at the dire ministerial survey results on page four, and said, “…well it’s just an online poll of everyone who wants to moan,” and turned the page, I urge you to think again.

Yes, it’s a self-selecting sample, so respondents choose if they want to take part, and they are more likely to do that to criticise than to praise. Yes, it was taken at the time of the controversy over the People’s Park. But the scale of the negativity should give you pause for thought. Just 12% say the Island is heading in the right direction – really? Secondly, it’s no small sample size, more than 1,300 people in fact. That’s way more than the number who voted some States Members into office, and those politicians now have the same say on all proposals as the Chief Minister.

It’s not a scientific study, and the organisers, change.je, are careful not to present it as such – but that doesn’t mean the results aren’t worth some very serious analysis.

One question which we don’t mention in our feature is about where respondents choose to get their political news from? The results shows that our sister publication, Bailiwick Express, is their top online choice, which considering it has only just reached its second birthday, is a welcome boost, and confirmation that our belief in ‘doing news’ a bit differently is working.

We set up Express to become the main online news provider in Jersey, and this survey suggests that we are moving successfully towards that goal.

Doing something differently in Jersey is not easy, and you learn to value the support of those who are ready to embrace change, and get motivated by seeing what can be created – it’s exactly that theme which we continue in our cover story; The Loving Chair Company is a family business which is proving that the standard career path of school – college - office job is not all that is on offer. They are ‘loving’ proof that it is possible to build a strong creative business here, and to do so in a sector which isn’t often seen as central to the local economy.

Sit down comfortably, read their story, and be inspired.