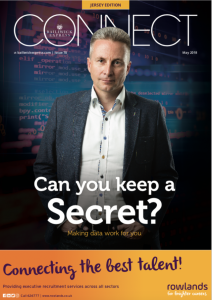 Be careful what you wish for. Tighter regulation? Got to be a good thing, why wouldn’t we want to be more rigorous, diligent and transparent in making sure we can demonstrate to all exterior observers that Jersey has no problems. Bit more cost for businesses in terms of time, people and bureaucracy...hmm, probably easier for the bigger, probably multi-nationals, to cope with.

What else? Ah, yes...we must have a smaller, more efficient, and basically cheaper public sector. After years of adding variously muscular adjectives to States reviews...(see ‘fundamental’ spending review, only to be trumped by the ‘comprehensive’ spending review), and successive senior politicians telling us that there are just, simply, absolutely no more efficiencies to find, move along please....what do we we discover? That actually the whole States departmental structure needs ripping up and piecing back together, ahead of a truly major reform in the States property portfolio to bring most departments together in one place, and a massive rethink in how the States employs every one of its workers. All those initiatives are now in progress. Change indeed, which is truly (this time) both fundamental and comprehensive. Doesn’t the fact that we have reached the point where if the new States CEO needs to make such truly major changes to the public sector, it sort of suggests that we’ve been going down the wrong road for some years? After thirteen years of ministerial government, which was supposed to so drastically improve strategic decision-making, you do sort of wonder exactly what’s been going on. I’ll wait for the e-mails othering me a ‘wrecker’ or an ‘anti’ just for having the temerity to make that one simple observation.

But the actual point I’m making is this. Jersey’s economy is a delicate ecosystem, and if you make significant change in one place, the effect always ripples throughout. The States are without doubt the major player in that economy, with multiple roles from directly employing more than 7,000 people, to purchasing many thousands of pounds of products and services, developing swathes of prime land and regulating the employment status of everyone in a paid job - and that’s not including promoting the digital and finances sectors, paying the benefits bill or stopping innocent dog walkers letting their pooch off the lead on a deserted beach...ok, I’m joking about the last one - that’s the Parishes.

At a time when the economy should be strengthening, and commentators are more focussed on Brexit as a potential for creating uncertainty, there are other factors at play which we need to be mindful of. The steady shift towards consolidation in the financial services sector, which in many ways makes perfect sense, also leaves employees (aka consumers) just a little more wary about whether the next step will be for their jobs to be done more a little more efficiently somewhere else; or by some thing else.

And with the true scale of change currently underway in the single biggest influence on the local economy, it would be naive to believe that a little ripple of uncertainty isn’t going to lap at the minds of people (aka consumers) who rely on the government for their wage.

So the point is not to argue against change - the point is to elucidate the factors which are truly at play locally, to recognise them and to plan accordingly. Connect is there to help you do that...enjoy.