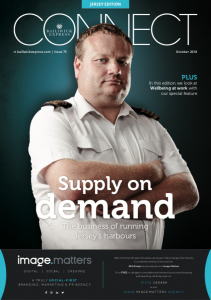 It’s surprising that the main question to be asked so far about the biggest capital project the island has undertaken in modern times is where are we going to put it?

Yes, the funding has also proved controversial; but I would argue it was largely the politics around that decision (remember the 11th hour withdrawal of ministers’ plans) as much as the actual way of paying for it, which drove the controversy.

But that political scandal aside, the big question in the new hospital debate has been about ‘where’ not ‘what.’

And that’s surprising given this is the building which is going to be at the centre of health care for generations, or that the bill will come in at the best part of half billion pounds, way more if you add in all the interest payments.

So in this edition of Connect see page 18 we take a look at what the new hospital will do, through the lens of technology.

With the demands on health budgets only going one way, technology is seen as the best way of keeping them under control - and since it is commonplace for your watch to now act as a heart monitor, technology is already providing opportunities for patients to take a far greater role in their care.

Which fits perfectly with this month’sspecial feature on page 59, focusing on well-being in the workplace.

The role of the employer seems to expand every year, and companies are now expected to play a part in improving the health of theirstaff - get it right, and a fitand happy workforce helpswith efficiency, productivity and reducing staff turnover, which is whymore and more employers are tuning into it.

This month’s edition of Connect has some ideas on how you might do the same.