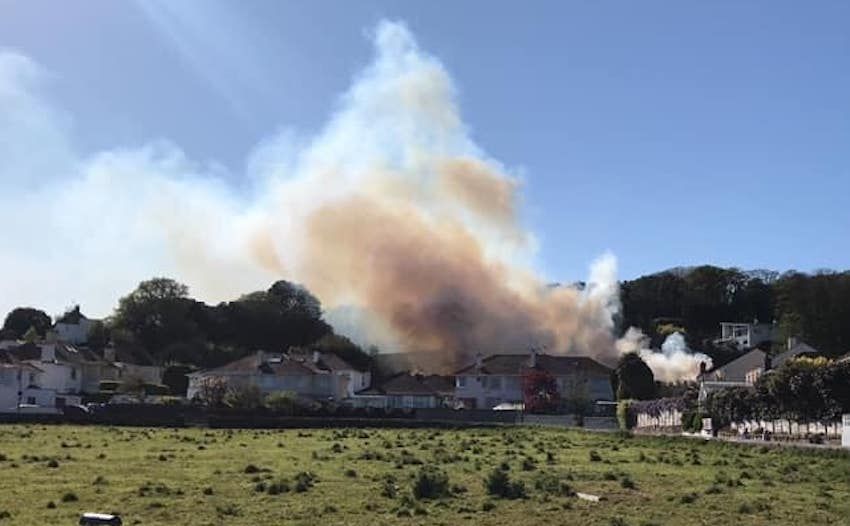 More than a dozen firefighters spent hours yesterday tackling a blaze in a St. Peter field.

The fire broke out on Rue du Craslin during the afternoon, with concerns that it would spread to nearby properties and vegetation.

Later, firefighters said the blaze was "under control", but noted that 15 firefighters and three trucks were still on the scene dampening down the area and making it safe.

They urged the public to keep well away "to ensure social distancing".