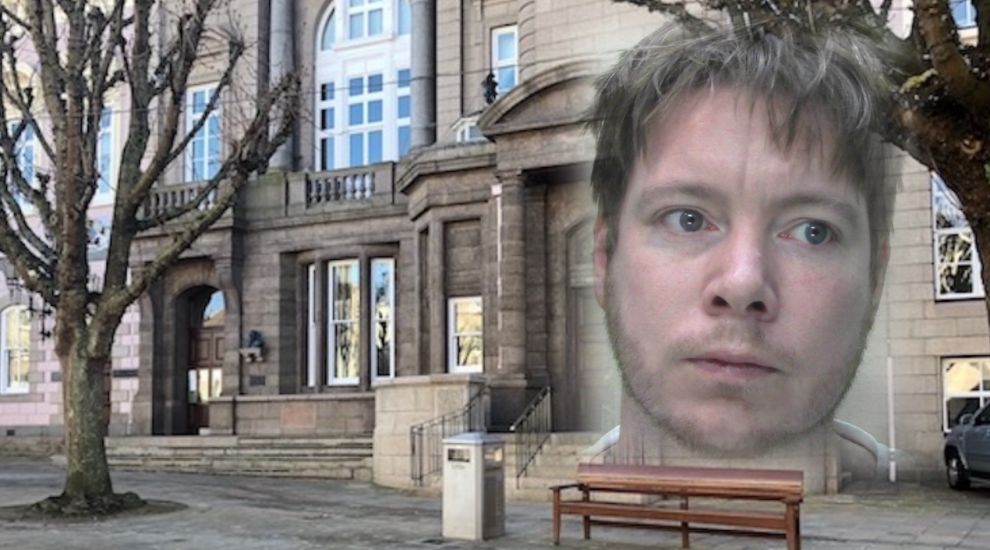 A 36-year-old man, who left a woman with a cut, bruised and swollen face after drunkenly raining blows on her on Christmas Day, has been jailed for 16 months.

Kurt Miller was sentenced in the Royal Court this morning after pleading guilty to the grave and criminal assault.

Prosecuting, Advocate Rebecca Morley-Kirk explained to court that Miller had drunk around three bottles of wine on Christmas Eve, and more wine, shots and what he later described to Police as “Portuguese fireball whiskey” on Christmas Day.

Following a nap in the afternoon, Miller woke up, launching into an argument with the victim that resulted in him telling her to “f*** off.”

He then began “continually” punching her on the right side of her mouth.

During the assault, the victim fell to the floor. Whilst on the floor, the victim said she remembered Miller punching her once in the left eye and then numerous times on her right eye.

She subsequently passed out, and was with ambulance staff when she awoke. “Everything was painful and I couldn’t open my right eye,” the victim recalled.

At 13:05, Police arrived at the property following a call from Ambulance staff, who had been informed by the victim that Miller had caused the injuries. He was arrested 13 minutes later.

Police noted that Miller had a cut to the right side of his nose, a bruise to the corner of his right eye and a small cut, reddening and swelling to his top lip.

Miller was then interviewed on 26 December 2020, saying that the victim had been drunk and had "face planted into the wall", hence why he had called an ambulance.

He also admitted to being an alcoholic during the interview.

Appearing in court two days later, he originally denied the offence, but later pleaded guilty on the basis that the pair had been in the midst of a drunken fight and that the woman had punched, scratched and bitten him.

However, while he described his actions as “retaliatory”, he accepted that they were “excessive”.

In considering how to sentence Miller, the Court heard that he had been in custody since Boxing Day 2020, the equivalent of a sentence of one year, one month and seven days.

Through his lawyer, Advocate Ian Jones, Miller indicated that he would not comply with the recommended Probation order of 18 months. Instead, he wished to participate in support programmes only on a voluntary basis.

Deputy Bailiff Robert MacCrae - sitting with Jurats Sally Sparrow and Kim Averty - observed that Miller's life over the past two years had been "blighted by substance abuse", but noted that he had abstained since being in prison, and had been "working hard in the kitchen."

On Miller's refusal to carry out a probation order, and instead participate in support programmes voluntarily, The Deputy Bailiff expressed the court’s wish that Miller would keep to his word.

"We certainly encourage you to do so, and, if you were to reoffend, and had not undertaken such a course, then any future court would be concerned to learn as to why you had elected not to do so," he said.

Having reflected on the “gravity of this offence”, the Deputy Bailiff handed down the sentence of 16 months’ imprisonment at HMP La Moye.