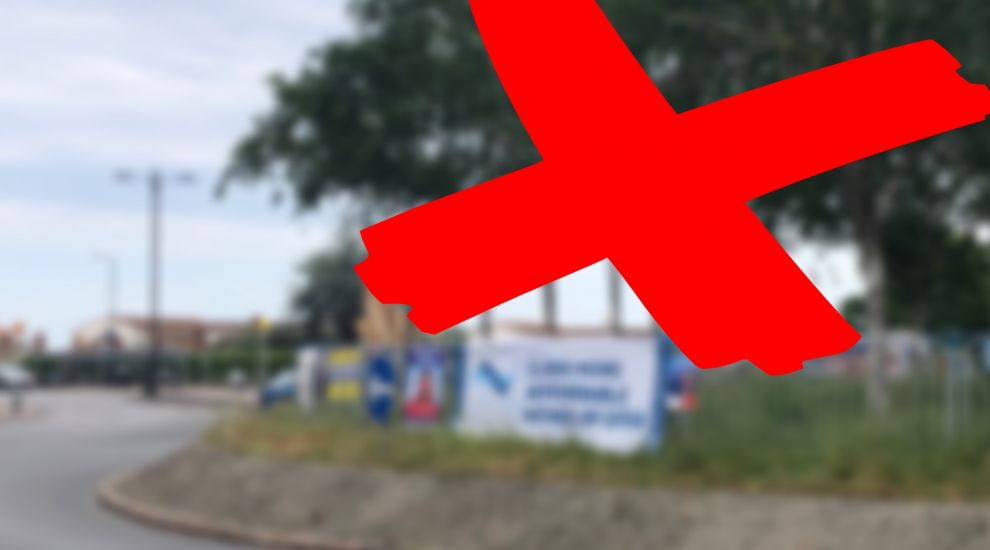 22 election posters had to removed due to the "immediate hazard risk" they posed, it has emerged.

A response to a request made under the Freedom of Information Law showed that the Infrastructure, Housing and Environment (IHE) Transport team received complaints from four separate individuals, regarding 30 election posters, of which only one was dismissed.

Following the complaints, the IHE team requested that election candidates remove seven incorrectly placed posters, however removed 22 without issuing notices to the candidates because of the 'immediate hazard risk' which the posters posed.

Nine posters were also removed from Millennium park by The Parish of St. Helier, who administer the park, as despite the Election Advertising Guidelines not covering parks, IHE has a policy that parks remain politically neutral, so they therefore requested their removal. 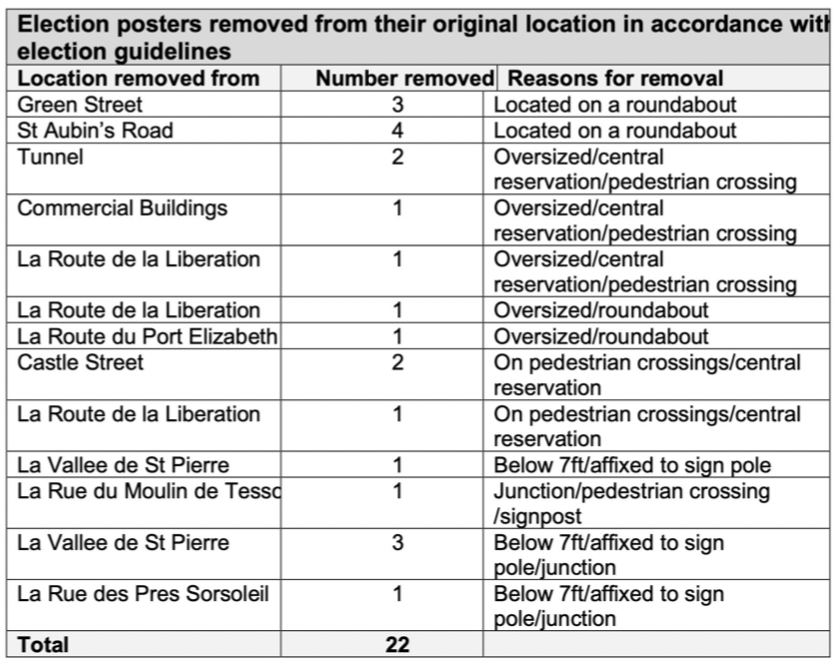 Pictured: Where posters were removed from.

The candidates whose posters were removed was also requested, but the names were exempt for release under Article 25 (Personal Information) of the Freedom of Information (Jersey) Law 2011.

However, the FOI response did show a breakdown of the number of complaints received per party: Progress and Reform received seven each, Alliance received seven, and the remaining 10 were complaints about independent candidates.

Islander Phil Taylor was among those to use social media to highlight posters that appeared to be in breach of the rules. 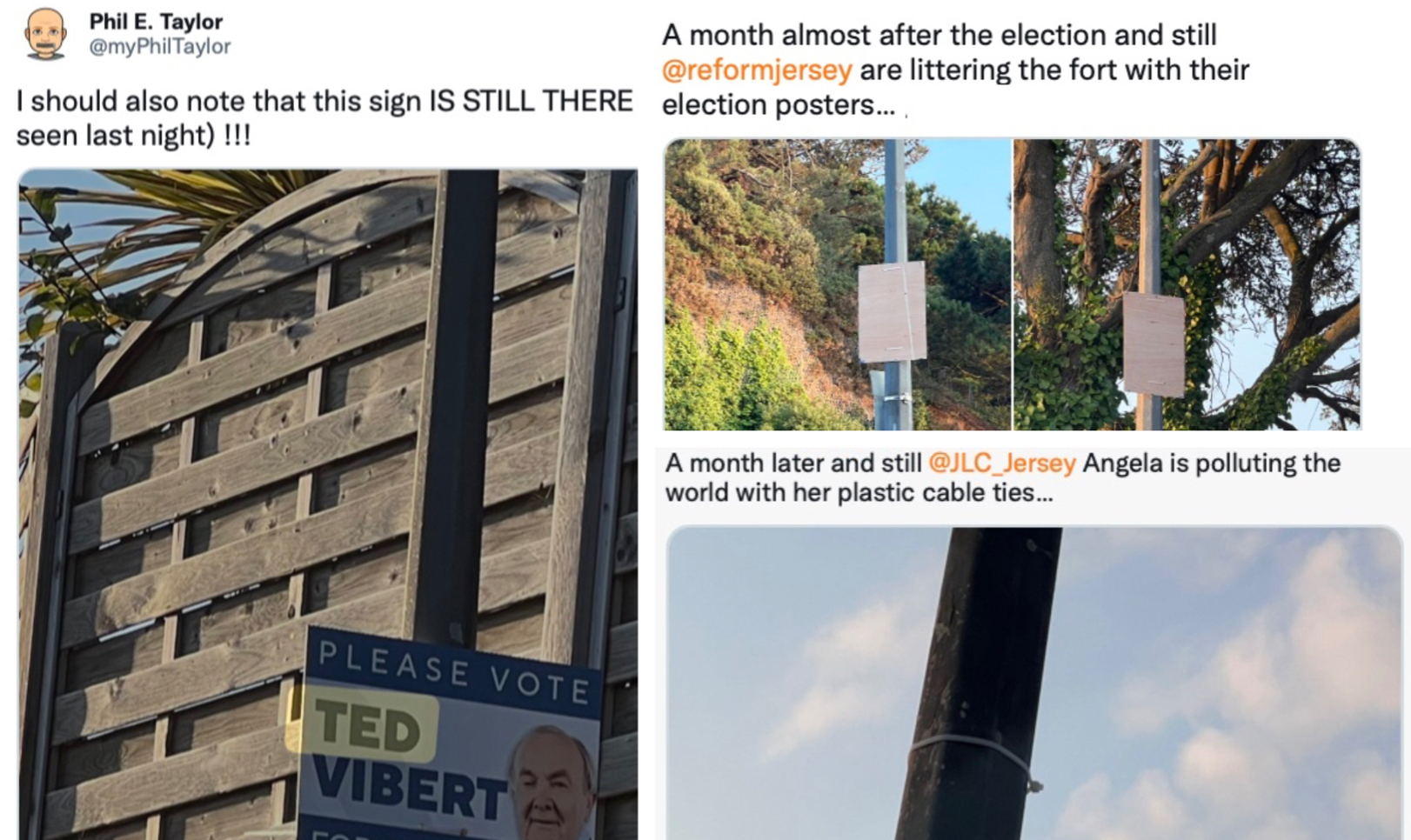 Since the election, he has also highlighted posters - or materials that were used to affix them - that are still yet to be taken down.

Posted by Martin on Jul 22nd, 2022
Whilst it IS accepted that these posters constituted a hazard WE the public can be thankful that LESS of a hazard than IF some of those persons adorning the posters HAD been elected!!!
Posted by IanSmith97 on Jul 22nd, 2022
Nothing should be on a traffic roundabout except for traffic signs. Election boards or anything else are a distraction to motorists. Roundabouts are not advertising hoardings and having them plastered with names and photos of political wannabes and parties we have never heard of is inherently distracting.
To place a comment please login Login »