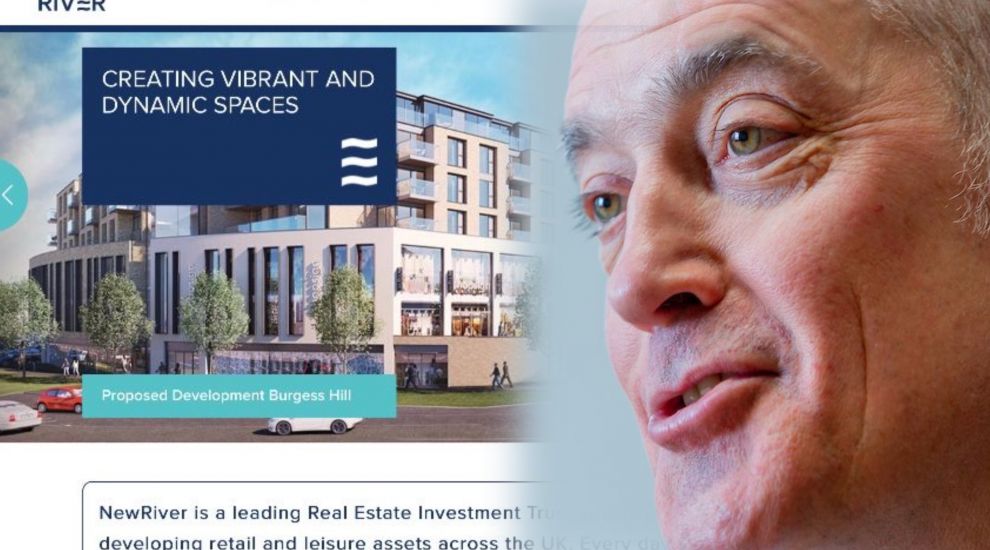 Former Chief Executive Charlie Parker was given a half-a-million ‘golden handshake’ by Government to avert legal action over his early departure – contrary to rules covering how public money should be handled, it can be revealed today.

The Chief Minister, who is Chair of the SEB, said the exit payment was deemed “appropriate” in order to avoid legal action. He declined to share what claims the Government would have otherwise been forced to fight when asked by Express.

While the Public Finances Manual says that Treasury Department approval must always be sought for “special severance payments” because they are “typically novel, contentious, potentially repercussive, and may set a precedent”, Treasury officials were not consulted in advance about Mr Parker’s payout. The Chief Minister described this as an “oversight.”

The severance figure has been released in the States Annual Report and Accounts 2020, which have been published today after heavy delays partially caused by auditors Mazars’ queries over Mr Parker’s payout.

For what’s believed to be the first time, the Government’s accounts this year include a ‘qualified opinion on regularity’ from auditors – an official statement raising concerns that, in their view, proper processes governing spending were not been followed in relation to the CEO’s exit.

The key document’s publication coincides with the release of an explosive report by Comptroller and Auditor General (C&AG) Lynn Pamment detailing other "weaknesses" in how Mr Parker’s overall appointment, employment and termination were handled.

However, she expressed concern that "recommendations from previous C&AG reports in respect of improved documentation standards for cases leading to compromise agreements and ensuring that reports to and minutes of the SEB include a clear rationale for exit terms proposed and agreed, have not been implemented."

Ms Pamment has now made 11 urgent recommendations for tightening processes to ensure such employment matters do not arise again.

Following the C&AG's report, the SEB said in a statement that it accepted that there were deficiencies in the process governing Mr Parker's departure. They said they had put together an explanatory report that is due to be released later today.

"I thank the Comptroller and Auditor General for her review and welcome her findings that the actual settlement agreed was reasonable in light of the potential claims that the employer might have faced and the costs of defending them," Chief Minister and SEB Chair Senator John Le Fondré said.

"The SEB acted at all times with professional advice, and the C&AG has recognised the difficult position that the SEB faced. We will of course ensure that where there are improvements recommended in our policies and procedures, they will be made over the coming months."

The Chief Minister confirmed that legal advice was provided to the Government by the Law Officers' Department, but declined to state the cost of this and whether any external legal advice was sought.

The Public Accounts Committee (PAC) - a panel of politicians responsible for scrutinising how taxpayers' money is spent - has confirmed that it will be launching a formal review into what happened.

Its Chair, Deputy Inna Gardiner, commented: "The public should be aware of how its money is spent by those entrusted to spend it, expect the Government to demonstrate value for money and deserve accurate, timely, high-quality annual reports and accounts.

"The PAC will hold public hearings on all matters relating to the presentation of the Accounts and the States Employment Board's role in agreeing the former Chief Executive's termination of contract. We expect the Government to prioritise the necessary changes to SEB and implement all of the C&AG's recommendations as a matter of urgency.

"We currently welcome the public to submit their questions in advance of our public hearing with the Interim Chief Executive and Treasurer of the States on 7 June 2021."

Posted by Guy de Faye on May 20th, 2021
The catalogue of "confusion and errors" surrounding CEO Parker's tenure is something that Islanders have come to expect generally in matters relating to the "Government of Jersey".
However, throwing cash at the problems and making light of them is not acceptable.

It is amazing that the C&AG has been obliged to conclude that the £500,000 settlement sum agreed with Mr Parker was “not unreasonable”, particularly “in light of the potential claims that the employer might have faced and the costs of defending them."

Bluntly, the settlement sum would have been massively reduced or eliminated if the "employer" had acted in a professional manner, appropriate to an employment contract worth over £250,000 per year - considerably more than the salaries awarded to the Head of the UK Civil Service and the UK P.M.

An "explanatory report" offered by the States Employment Board is far from satisfactory, as it is obvious that there have been fundamental issues with the so called "professional advice" offered to the Board by the Law Officer's Department and within the contracts drawn up by Human Resources personnel - requiring serious responses and action.

I simply add that if Express readers are shocked by this latest blundering, stand by for the Alwitry Damages Claim for over £8,000,000 coming to a Royal Court near you pretty shortly. Another grossly embarrassing employment contract foul up.
Posted by Steven Simon on May 20th, 2021
Tis is absolutely unbelievable. But not surprising the SOJ seem to have a bottomless pit of money to throw around. Good work keep it up.
Posted by L Brindle on May 20th, 2021
The phrase "stitched up like kippers" springs to mind here.
Posted by john garner on May 20th, 2021
Did he get a golden hello and a golden good bye ....?...You say hello ..I say goodbye....um ...basis of a song there ...
Posted by anthony turmel on May 20th, 2021
the word...con sultant..comes to mind in the activities of this government..! !
Posted by Michael Blampied on May 20th, 2021
So let’s get this straight. CP takes on another role alongside that of his CEO position, but does so in breach of his contract as he he fails to secure the formal written agreement of his primary employer SEB.

It later transpired (eventually it must be said) that he himself released a media communique that incorrectly stated that the deputy CM had “agreed” to him taking on the second role, when in fact the deputy CM had expressed strong reservations.

Faced with the ultimatum that he must walk away from one of the roles CP chooses to abandon his Jersey position.

He then trousers £500,000 (Kerching!) of taxpayers’ money as SEB are concerned that they may be vulnerable to claims made by CP regarding the cessation of his employment.

Baffling doesn’t begin to describe it.
Posted by Scott Mills on May 20th, 2021
I do also hope he allowed to keep his housing qualies....and why not throw in a nice house free on us. This island is an absolute joke, and I think the general public are fed up being taken for fools. It's time for a shift in change, the local elections don't do anything to force real change in government, as the top ringfence each other/friend(s) so nothing will ever move forward or change for the better.
Posted by Private Individual on May 20th, 2021
So if you breach your employment contract you get rewarded by a massive golden handshake of half a million pounds!!!

This government needs to go at the next election.
Posted by Sheila Young on May 20th, 2021
The States has always been known for its 'jobs for the boys' and 'you scratch my back etc ethos. The powers that be look after their mates and no one can question their decisions. We need an independent outside body to investigate these sort of goings on. Also if golden handshake payments are allowed, they should be reviewed and decided upon by an external independent board. All of these underhand goings on have got to stop, everything should be open and above board.
Posted by Private Individual on May 20th, 2021
So if you breach your employment contract you get rewarded by a massive golden handshake of half a million pounds!!!

This government needs to go at the next election.
Posted by Martin on May 21st, 2021
I do not claim to be a mathematician but with a population of circa 100 thousand this means that every man woman & child has spent £5 each to see Charlie leave!

Priceless?
Posted by Peter Richardson on May 24th, 2021
You couldn't make up this saga in real life it is too like a Scandi Noir plot. Interviewing selecting and employing staff is a serious business that requires properly qualified people to do it with no interference from others and clear boundaries of accountability. The SEB has been proved not fit for purpose as it currently is formed and needs to be reconstituted. Should its current members be subject to sanction for not just the Parker scenario but all the other mistakes? If this was the private sector then certainly yes!
To place a comment please login Login »