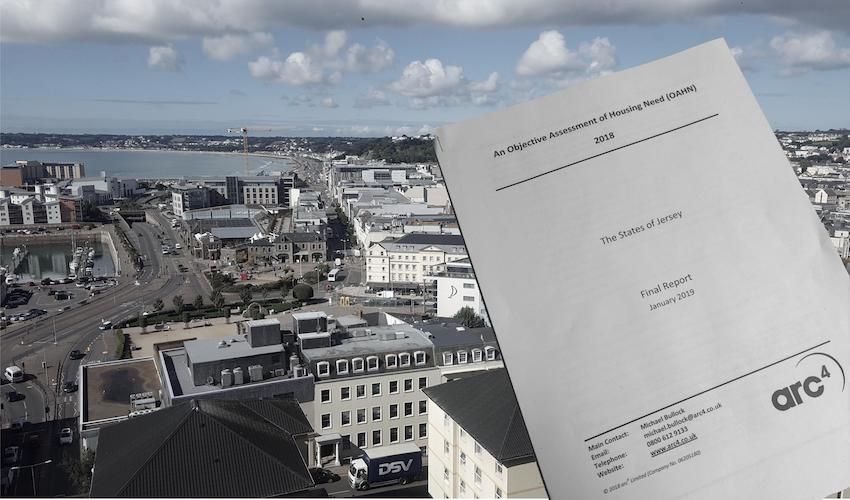 7,000 extra households will be needed in Jersey by 2030 if current migration trends continue, as well as over 500 nursing home bed spaces for the island's ageing population, an independent report has found.

In order to house the number of people coming to the island to keep Jersey’s economy active, thousands of homes will need to be provided over the next decade through a combination of building new homes, using vacant properties and incentivising tenants to downsize.

The worst case scenario figure is more than three times the number of homes social housing provider Andium has pledged to build by 2025: 2,000.

An Objective Assessment of Housing Need (OAHN) report carried out by independent consultants Arc4 conducted an analysis of Jersey’s demographics and projected net migration statistics in order to arrive at the maximum figure of 7,010 new households by 2030.

This is on the basis that net-migration stays in line with projected trends at +1,000 people coming into Jersey per year.

The report, which cost £14,475, also found that 520 additional bed spaces in nursing/residential facilities will be required by 2030 in order to cope with the projected trends of Jersey’s ageing population.

The report was put together in preparation for the next Island Plan which will be considered by the next States Assembly in 2021.

During their review, the consultants also spoke with key stakeholders such as Andium Homes, and the Shelter Trust as well as various States departments and members in order to identify several key issues within Jersey’s housing sector.

Amongst these issues identified by the report were:

Speaking about the alternative ways in which the States could find this extra housing without physically building new homes, Housing Minister Senator Sam Mézec said that he is an advocate for fixing “the problems with the social housing rental system” which he described as being “broken” and “acts as a disincentive to people living in the right-sized homes that they ought to be in."

Pictured: Vacancy across the island is one of the issues identified by the report as negatively impacting Jersey's housing sector.

Senator Mézec also spoke of introducing a vacant property tax in order to free up space for new housing.

Although the report states that the additional housing demand need not be met solely by new-builds, the Senator acknowledged that this will be crucial part of delivering enough housing for Jersey’s growing population.

“As Housing Minister I’m doing what I can to support those [housing new-build] projects and it’s my job to shout from the roof if I think others are getting in the way of us delivering those."

Pictured: Housing Minister Senator Sam Mézec explained the ways in which the States could find these extra households by 2030.

Referring to the Ann Court development which the States will be debating at the next sitting, Senator Mézec said: “Next week, the States has an opportunity to allow a housing project that will allow 160 homes which are targeted at the people who… are the most in need… to make real our commitment on that.”

“We have to, I think, be full-on in finding sites and we’re having discussions to find good sites and building new properties. So, as well as managing the ones we’ve got properly, we have to build more as well and work is going on on that and we can’t let that get disrupted.”

Posted by David Whalley on Jan 25th, 2019
The bullet points in the above report did not pick up the huge costs that States departments heap on the buying public. Red tape, taxes, unnecessary legislation and additional construction costs amongst other things, are responsible for the rising prices of homes and these stealth taxes keep on rising and rising. The cost of a new home in Jersey is made up of 27% of its total cost in States fees and taxes, but carries on unchecked!
To place a comment please login Login »