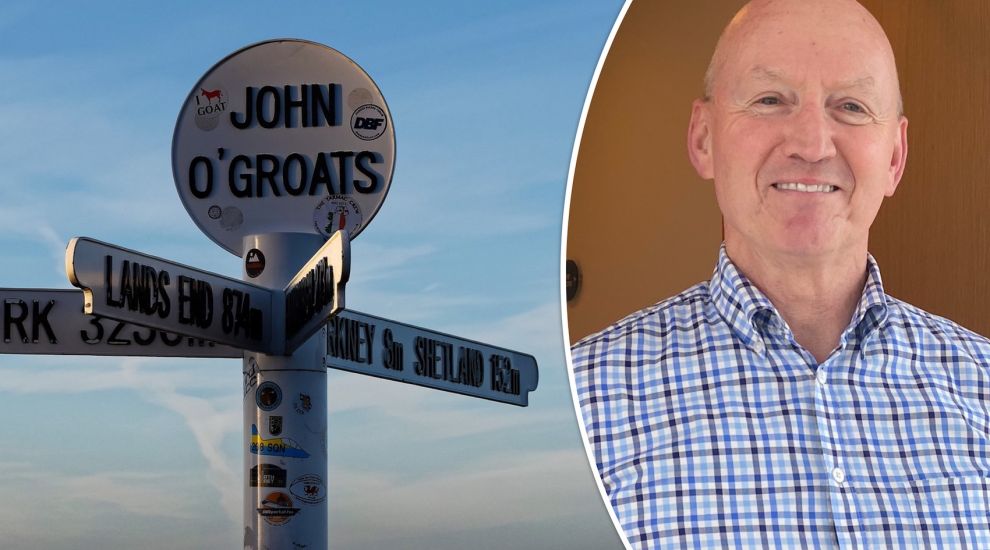 The new head of Jersey Hospice is kicking off his tenure at the charity by with a fundraising bid to walk 500 miles of the distance between Land’s End to John O’Groats.

To celebrate his past and present employers’ shared aims of bringing dignity and choice to people with terminal and life-limiting illnesses and raise funds for both, Mike will be joining two of his long-term friends and hospice supporters, Paul Turrell and Simon Fanning, for the first leg of their hugely challenging 870-mile walk from Land’s End to John O’Groats.

Mike will then return to Jersey before rejoining the duo at intervals and for the final week to the end of September.

Along the way, the group will be joined by more 50 friends and colleagues for many of the 32 legs of the walk.

The south-to-north walk itself is a reverse repetition of one undertaken by Paul and Simon last year, which Mike accompanied them on for at least 500 miles - and he's hoping to cover that same distance again.

Speaking about his recent move to Jersey Hospice, Mike said: “I am really excited to be moving to Jersey to work with a team that is so passionate about helping anyone living with dying. That is what the hospice movement is all about – seeing each person as special, helping make each moment precious, and making every day count. In caring for adults and children, at Hospice or in the community, the team here is committed to putting patients first and helping each one of them to live life to the full.”

Something preloved to go down the aisle