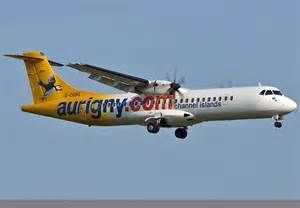 Aurigny and Blue Islands have been given the green light by the Channel Islands Competition and Regulatory Authorities (CICRA) to pool their resources on flights between Jersey and Guernsey.

Under a two-year agreement, Blue Islands aircraft will fly the route and Aurigny will provide ground support at both airports. Aurigny must take a block of seats for each flight at a fixed charge. However, each airline is expected to sell tickets independently of the other and to apply its own fares and conditions. They must also ensure there is sufficient capacity to meet demand.

The Chief Executive of CICRA, Andrew Riseley, said the agreement was in the best interests of passengers and competition - as without this joint operation one of the airlines would have had to pull out of the route.

“In the absence of the codeshare agreement both airlines contended that competition on the Jersey to Guernsey route would shortly disappear,' he said.

"On balance, our judgement is that the best means of protecting customers is to ensure that competition on the route remains as vigorous as possible and the conditions we have set for agreeing this exemption should achieve this."

The airlines will fly in each direction six or seven times from Monday to Friday, four times on Saturdays and three on Sundays. Tickets will still display the Blue Islands SI and Aurigny GR code, respectively, and the airlines’ respective frequent flyer and corporate discount schemes will continue to apply.

The shared route agreement only applies between Jersey and Guernsey and the airlines will continue to operate their other services independently.