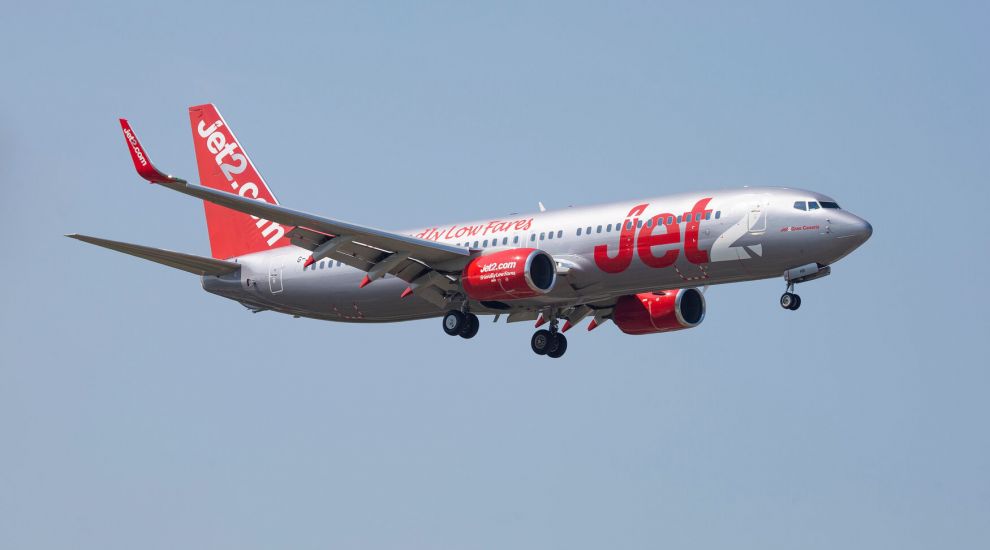 The Airport says it is confident that passengers won’t face a long wait to be tested this summer – despite over 1,300 people potentially arriving within a very short period of time on a Saturday afternoon.

Although the testing regime is yet to be determined, including the possibility of a different system for vaccinated passengers, Ports of Jersey says it is confident that the arrival process will still be smooth.

This will be important if Visit Jersey’s campaign, which launched last weekend, to sell the island as a safe and easy destination for UK tourists is successful.

If it is, Saturday afternoons will be particularly busy at the Airport this summer.

Last October, Jet2 announced that it was launching five new routes from UK airports to Jersey from May, in addition to its existing Leeds Bradford link.

All six flights – from Birmingham, East Midlands, Stansted, Manchester and Newcastle, as well as Leeds Bradford - are scheduled to arrive within an hour and a half of each other on Saturday afternoon, between 13:55 and 15:20. 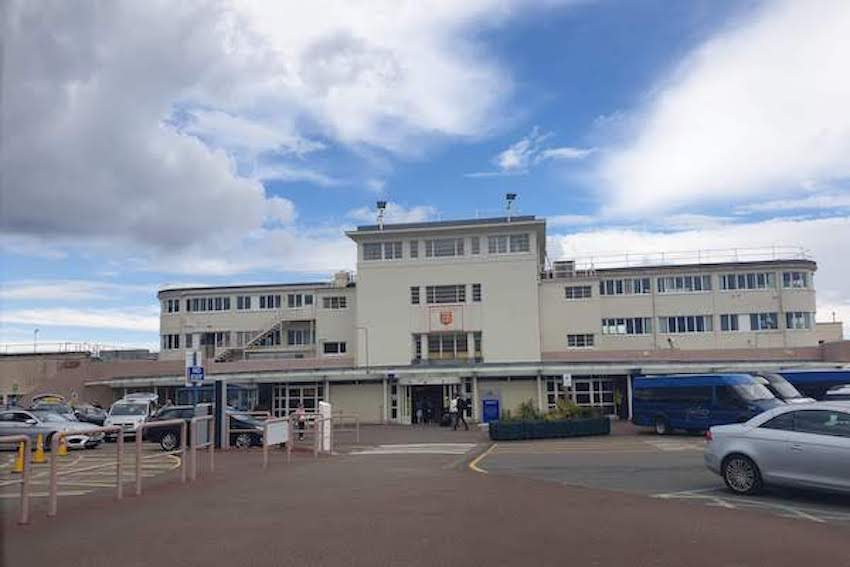 Pictured: Many flights are scheduled to arrive within a short period on Saturdays.

With other flights scheduled within that period, including a British Airways flight from Heathrow at 14:45, there will be potentially more than 1,300 passengers arriving in a short period of time.

A Ports of Jersey spokesperson said: “We’re aware of the plans the airlines have to fly to Jersey in the summer and the team is excited to again be focused on operational issues.

“Saturdays in summer have always been the busiest day for arrivals at Jersey Airport, so our teams are well used to handling large volumes of people, arriving within a short space of time. Our plans will always ensure we have sufficient resources in place to ensure our passengers have a smooth experience at the airport.

“In these plans, we’re also taking into consideration that PCR testing may still be a Government requirement for all arriving passengers. We’re very proud of the way Ports of Jersey and Health team have worked together to deliver the tests in as smooth and welcoming way possible. Again, the teams have had experience of handling large volumes of passengers last summer when the borders reopened so are well prepared.

“It does demonstrate though the need for all passengers to pre-register their travel details prior to arriving in order to quicken this testing process. We’ve found that, on occasions, it’s those passengers who haven’t pre-registered who are the ones who may find themselves unnecessarily ‘delayed’ in the process."

Pictured: It is not yet known if every arriving passenger will need to take a PCR test this summer.

Asked if it would make more sense to spread out arrivals during the day, to prevent periods of high intensity, the spokesperson said: “In terms of aircraft arrival times, this is a matter for the airlines’ scheduling teams, as Jersey Airport is not ‘slot-constrained’.

“Aircraft tend to undertake a number of sectors throughout the day, not necessarily just focusing on the Jersey legs.

“Inbound aircraft have often already done previous sectors before coming to Jersey and then will have an average of 35 minutes turn-around before the return leg to the point of origin. It is the ‘short-sector’ length that is a key advantage in making Jersey."

They added: “At this stage, we are working in close partnership with our airline partners to plan for the reintroduction of our network of routes.

“The fantastic roll-out of the vaccination programme in the island and in the UK is a real source of hope for the future.

“Nevertheless, there’s a great deal of work being undertaken, for which we’re indebted to the health and policy teams within Government to ensure the appropriate arrivals procedures are in place.”

Deputy Medical Officer of Health Dr Ivan Muscat said that the details of travel regime were still being worked out.

“I think vaccinations will affect how we approach matters, but it will not be a sudden move from testing to not doing testing; any transition will have to be careful and slow to avoid tripping ourselves up,” he said.

“The notion of a vaccine passport is, of course, being looked at very assiduously at the moment, not just in Jersey but in the UK and other countries as well. The World Health Organisation, European Centre for Disease Prevention and Control, and other health authorities are also extremely interested in immune certification or so-called vaccine passports.

“We need to remember that whatever we do here has to align as to what is happening in other countries because it is a common language.”

Posted by IanSmith97 on Mar 29th, 2021
I am glad they are thinking about vaccinated passengers. If twice vaccinated people have to be tested this makes a mockery of the whole vaccination undertaking and the mantra ‘vaccines are the way out of this’. How this works for non island vaccinated people needs to be worked out. What I hope and will be angry about if is if they give islanders who have had 2 vaccinations hassle. If an island resident has had 2 vaccinations they would have had to present their ID twice to the vaccinator. Our vaccination records are on the computer and are even in our GP’s records (I have checked). So, why cannot twice vaccinated island residents not just present themselves at the Jersey arrivals and show their ID (which you must have to travel) then someone checks the computerised records to confirm they have been vaccinated. Arriving islanders can have given their permission for this to be done on the arrivals procedure before travel or even at arrival.
Posted by Keith Marsh on Mar 29th, 2021
It all comes down to how QUICKLY the Government can update the GAR map ~ CARE is still needed.
Posted by Janet Park on Mar 30th, 2021
Being vaccinated does not mean you cannot still catch and spread the virus. It will, hopefully, protect us from the worst symptoms and we will not require hospital treatment. There will be individuals in our Island who are unable to have the vaccine for various reasons. We, as a caring society, need to know if the virus is in our community rather than getting annoyed because you're from Jersey and shouldn't be hassled. This virus will not just disappear, we have to learn how to live with it and protect the vulnerable.
To place a comment please login Login »