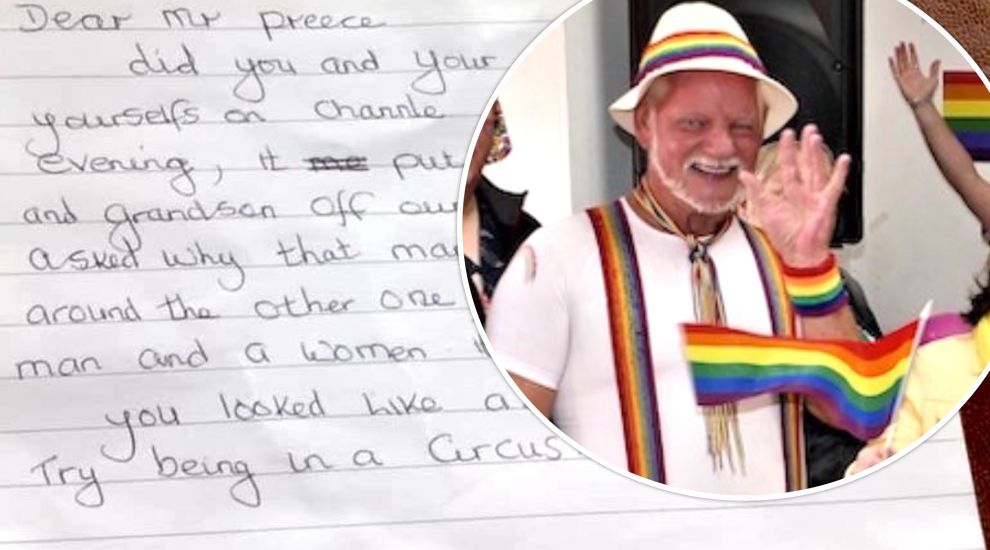 An equality charity has blasted the anonymous writer of an homophobic letter targeting an Alderney man who recently celebrated Pride with his husband, saying the pair should be "in a circus."

Dits Preece (pictured top) received the nameless note after being interviewed on TV last weekend about Alderney Pride, which promotes an open celebration of personal choice.

The anonymous author went to the effort of posting a discriminatory letter to the northern isle saying Mr Preece had "put me and my husband and grandson off our tea".

"You looked like a joke (The two of you). Try being in a circus." 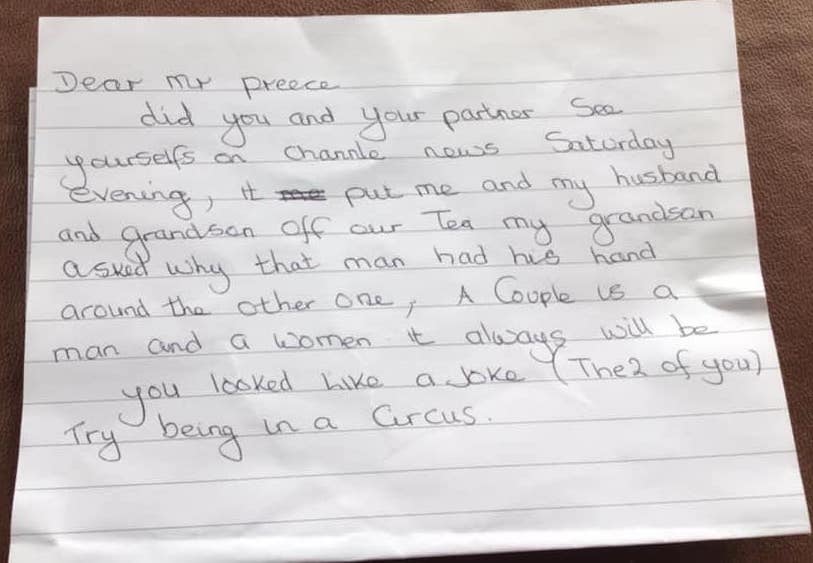 Pictured: The anonymous letter that was sent to Dits Preece.

Dits shared the letter online in response to the abuse, saying: "How pathetic, they can’t put their name to this and how narrow-minded they are."

Liberate CI has since reposted the letter, describing it as displaying a homophobic attitude that has no place in society.

"There are so many things wrong with this letter and not just that it came after everyone had a lovely day at Alderney Pride. We are very sorry to hear that Dits received it," the charity said. 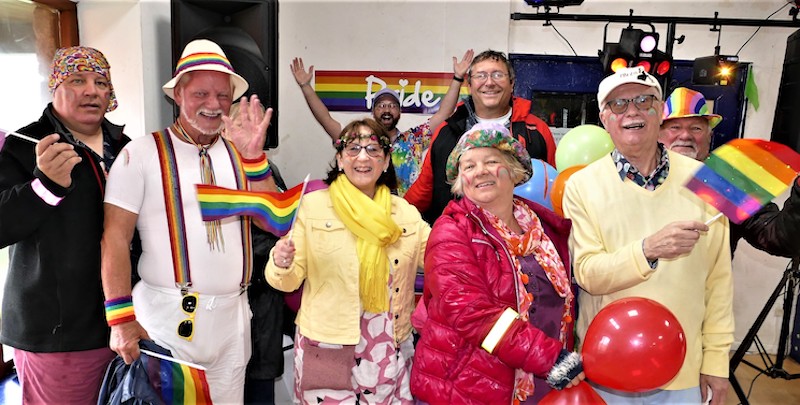 "The fact that someone felt the need to send it just proves why we still need Pride.

"This is why is it so important to question homophobic attitudes wherever you may encounter them."

In response to its anonymous author, Liberate wrote: "For future reference the answer to, 'Why does that man have his hand around the other one?' is 'Because that's his husband.'"

They added: "Let's hope that the writer's grandson is not gay/bi/pan as they are very unlikely to feel supported and accepted by their grandparents, sadly."