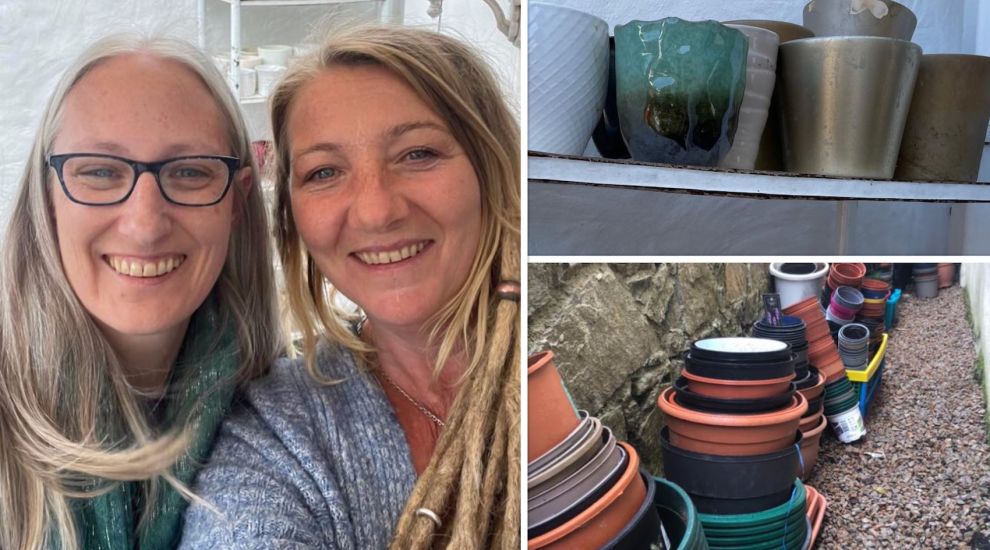 A new reuse scheme launched by a gardening enthusiast and a keen recycler has gone ‘potty’, with nearly 6,000 plastic and ceramic pots rescued from the incinerator and 720 trees donated to a local school.

The scheme was Kalina’s brainchild and took off following a call for planting pots from the “prolific tree planter” earlier in the year.

After receiving an “unbelievable amount of pots” and donating some to local schools via Ecycle Jersey, she decided to keep going and roped in Louise, who works closely with La Collette Household Reuse and Recycling Centre as part of the Philip’s Footprints recycling scheme she runs. 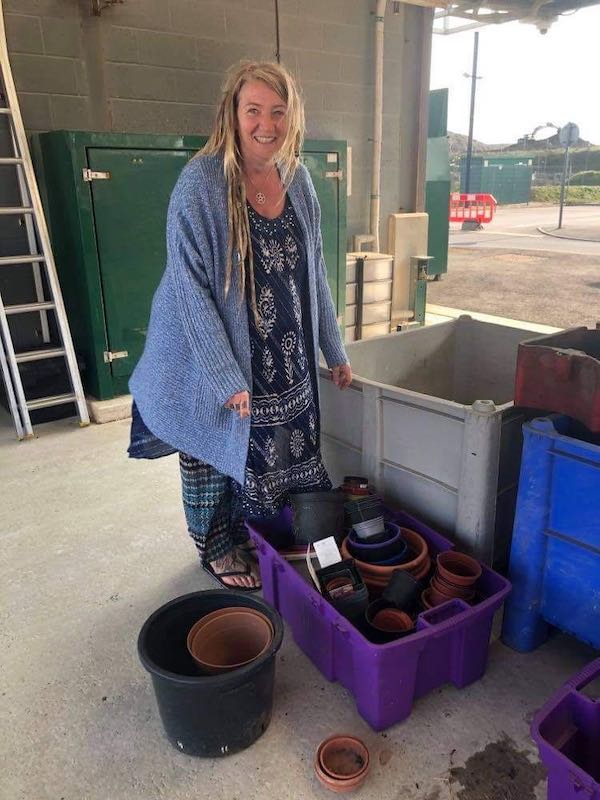 Over the past month, Louise’s husband has been running around the island collecting pots, with the help of volunteers - one of which has a seven-seater vehicle which ends up filled to the brim with pots every week.

While Kalina has been collecting plastic pots in an alleyway near her house, Louise has been stacking pots of all sizes and shapes, including “beautiful sandstone pots and terracotta” that would otherwise end up in aggregate, in her garden.

As Kalina and Louise both live in town, they're keen to find places for pots to be stored in the east and west of the island, and are appealing to anyone with free space to get in touch.

Meanwhile, the pair has also spoken to the team at SCOOP – the Sustainable Co-Operative - who later this year will have a dedicated space for the pots where people will be able to collect as many as they want.

“There are so many pots. People buy something to plant it in their garden and then throw the pot it came in away. It’s great to be able to intercept these things and save them from being thrown away and give them to projects who would not be able to afford it,” Kalina said.

Neither Kalina nor Louise expected the scheme to be so successful and to rescue close to 6,000 pots in a month.

“When I asked, I thought it would be hundreds,” Kalina said. “People take some pots and will bring some pots back. They take small pots to start with and then they will take some large pots. It means we are reusing these things properly because they are more than single use.”

The rescued pots have been snapped up by green-fingered islanders – there is even a waiting list for larger pots - but also by local schools to be used for gardening and painting, as well as local eco-clubs and other organisations. Samarès Manor, for example, has asked for hundreds of small pots for their nurseries to avoid waste.

“I could not believe how quickly this got so big,” Louise said. “It’s crazy how fast it’s bloomed. More people are finding out about us every day, it’s just growing and growing." 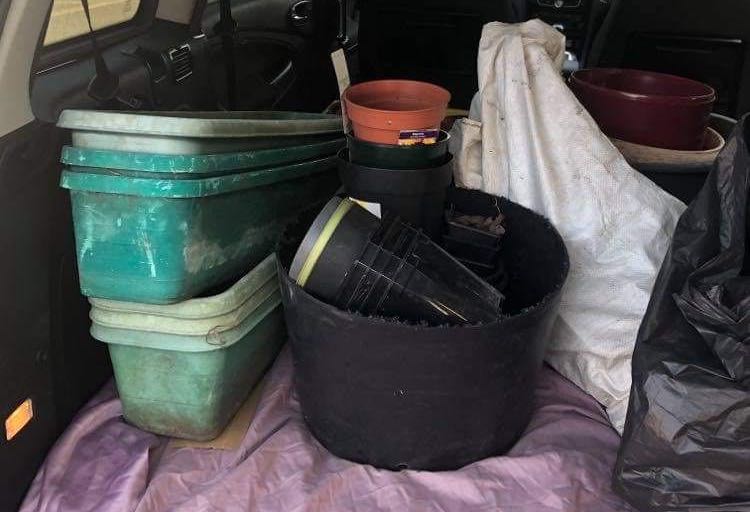 Pictured: A pick up crew made up of volunteers, including Louise's husband, is helping collect the pots all around the island.

“It’s crazy,” Kalina added. “I just want these pots to be rescued and people to be able to grow things. This seed of an idea has become almost a tree.”

The scheme has become so popular that the pair has been able to support a local charity devoted to the protection of local trees and woodlands as well as fund compost and pots for a local school.

“When we first started, we wanted it to be a free service so that anybody who want to plant could plant,” Kalina said.

“With the ceramic pots, we thought people could make a small donation. We said the first £60 would be used to buy compost to give to planting projects and the second £60 would go to Jersey Trees for Life and then we would go between the two.

“I started ‘Halfwild Jersey’ to help grow native trees. In the autumn, myself, my partner and other volunteers we collect seeds from trees and gift them away. Before I was funding it myself and I had to find the pots and everything, thanks to this we have been able to provide 720 trees to a school who want a woodland. 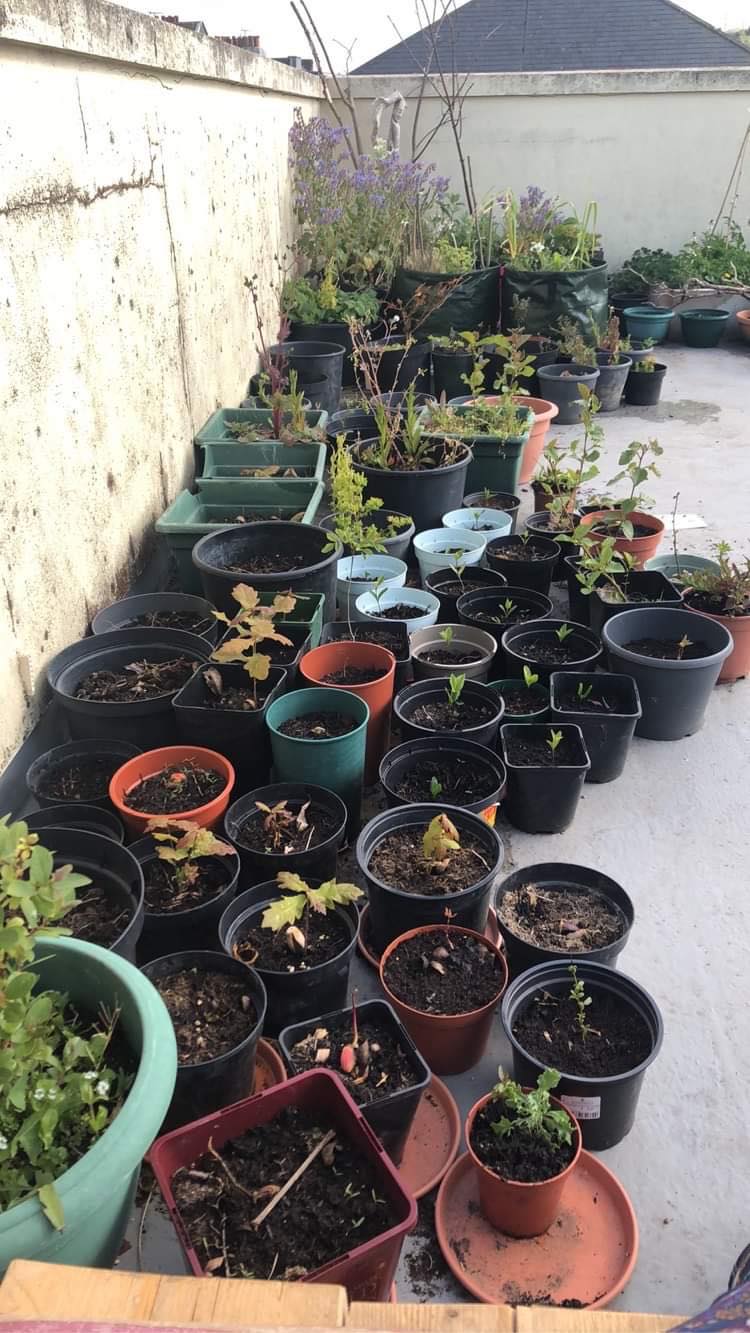 Pictured: Kalina and Louise will be donating 720 trees to a local school.

“The kids will be planting a tree each and watching it grow through their academic career,” Louise added. “It will be very valuable to schools because they will have a woodland for years.”

Both are proud of the success of the scheme, which Louise says is building a bridge between local recyclers and gardeners - just like herself and Karina.

“I only recently met Kalina and now she is someone I cherish,” Louise said. “We have managed this amazing thing, we have only known each other for a couple of months.”

They both hope the ‘Potty Eco Pots’ will lead to bigger and greener things, as Kalina explained.

“My hope is that other schools will be able to take example from this school and be able to give each young person leaving education a tree to plant.”

Couple launches seaweed fertiliser to “bring back the vraic”