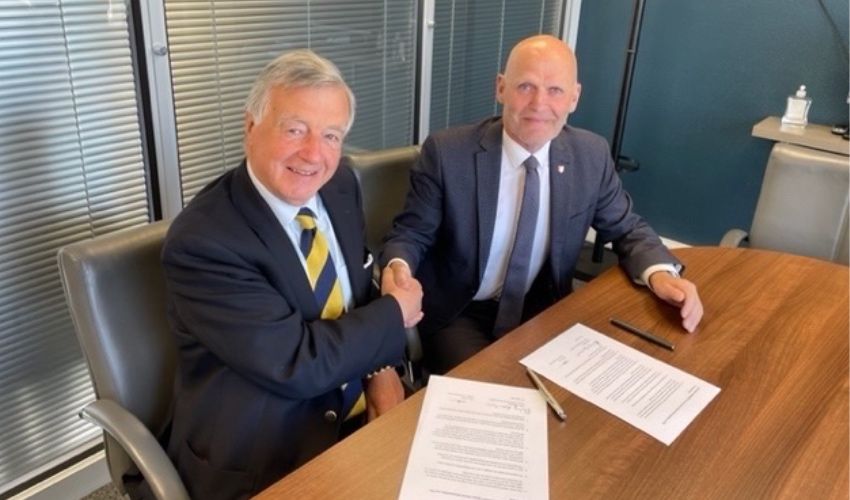 The Progress Party and Jersey Liberal Conservatives have formed a coalition before the June election – coordinating their candidates, presenting a single manifesto, and pledging to back a single candidate for Chief Minister.

The two parties have agreed that, if elected, former Bailiff and JLC head Sir Philip Bailhache should hold the island's top political position.

Sir Philip said: “This is the first time in Jersey politics that two parties have combined in coalition to produce a joint manifesto behind which all the candidates for the two parties will align when standing for election in June.

“We think that people should know what they are voting for, and we believe that putting forward a strong programme for coalition government in a transparent manner is very much in the public interest.”

Senator Pallett added: “Change is desperately needed. We are working together to combine our best ideas to produce an exciting and progressive programme for government”.

So far, Sir Philip and former Citizens’ Advice Bureau head Malcolm Ferey have declared their intention to stand for the JLC.

Senator Pallett said: “I am extremely excited at leading the Progress Party into the election with four quality candidates.

“It is obvious that I would have liked more but but success at this election is about building a party political system in Jersey and not about any one party forming a government.

“Jersey has, and is, loathe to change as we have seen over the years in the many attempts to change the electoral system and one thing is for sure it will take a couple of elections to bed in multi-party politics into Jersey.”

He added: “We currently have seven States Members who are members of a party in the Assembly and that number will likely increase but until the results are known, it’s difficult to say whether the wider introduction of party politics has been a success or not.

“The current government was a coalition of sorts and the next one may well need to be a coalition of more formalised groups and parties along with independents.

Addressing those sceptical of the latest move towards political parties in Jersey, Senator Pallett said: “We accept criticism as I am sure that there are many islanders who are coming to terms with changes to the forthcoming elections and maybe require further information.

“It’s for myself and my colleagues to provide that information and reassurance that party politics does offer the best representation and the opportunity to make politicians accountable throughput a political term.”

Posted by Dave Mathews on Apr 25th, 2022
Personally I think both these 2 Parties are already a disaster. The fact that they cannot get many people standing for them will only reflect in the numbers of people who will end up not voting for them.
Posted by Danny Moisan on Apr 25th, 2022
I may have considered voting for the progress party but when you add in a conservative mandate in an island that is suffering from a lack or foresight , liberalism and progress then you lost my vote, it seems that the old boy's network is definitely at work so it'll be REFORM PARTY for me.
Posted by Jon Jon on Apr 25th, 2022
The only thing I agree with Pallet on ,is definitely change is needed in the States,far more than there is now! Cut the number down by half all on an Island Mandate,then we get the politicians we want not the ones that get elected by a handful votes that most Islanders don't want !
To place a comment please login Login »