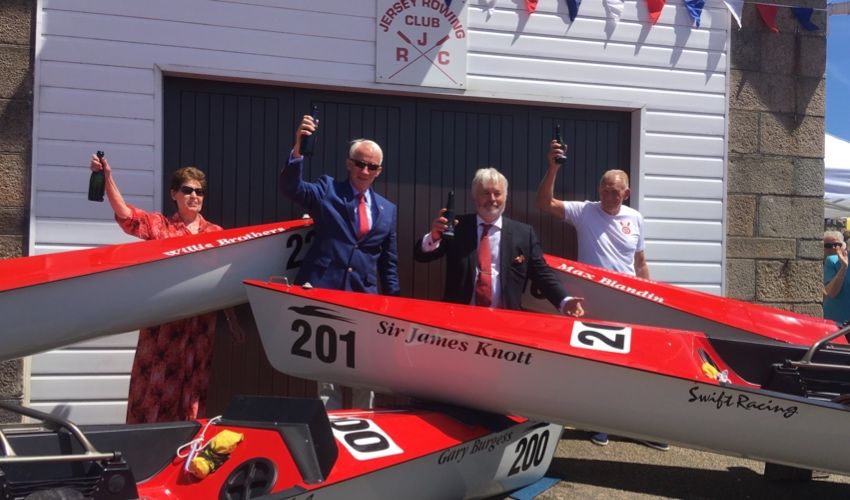 With St. Clement set to be an election battleground for two knights of the realm, another tussle between two Sirs took place on Saturday, this time in the Harbour.

The sprint race of the two quad boats up and down the Harbour was the finale of a ceremony organised by the Jersey Rowing Club to officially name new additions to its fleet.

The Bailiff’s boat was funded by the Jersey Community Foundation, of which Sir Timothy is the patron.

The Lieut-Governer’s quad was funded by the Sir James Knott Trust, of which Sir Stephen is a trustee.

Both boats, which were crewed by members of the Jersey Rowing Club, will be used to encourage the next generation of islanders to take up the sport. 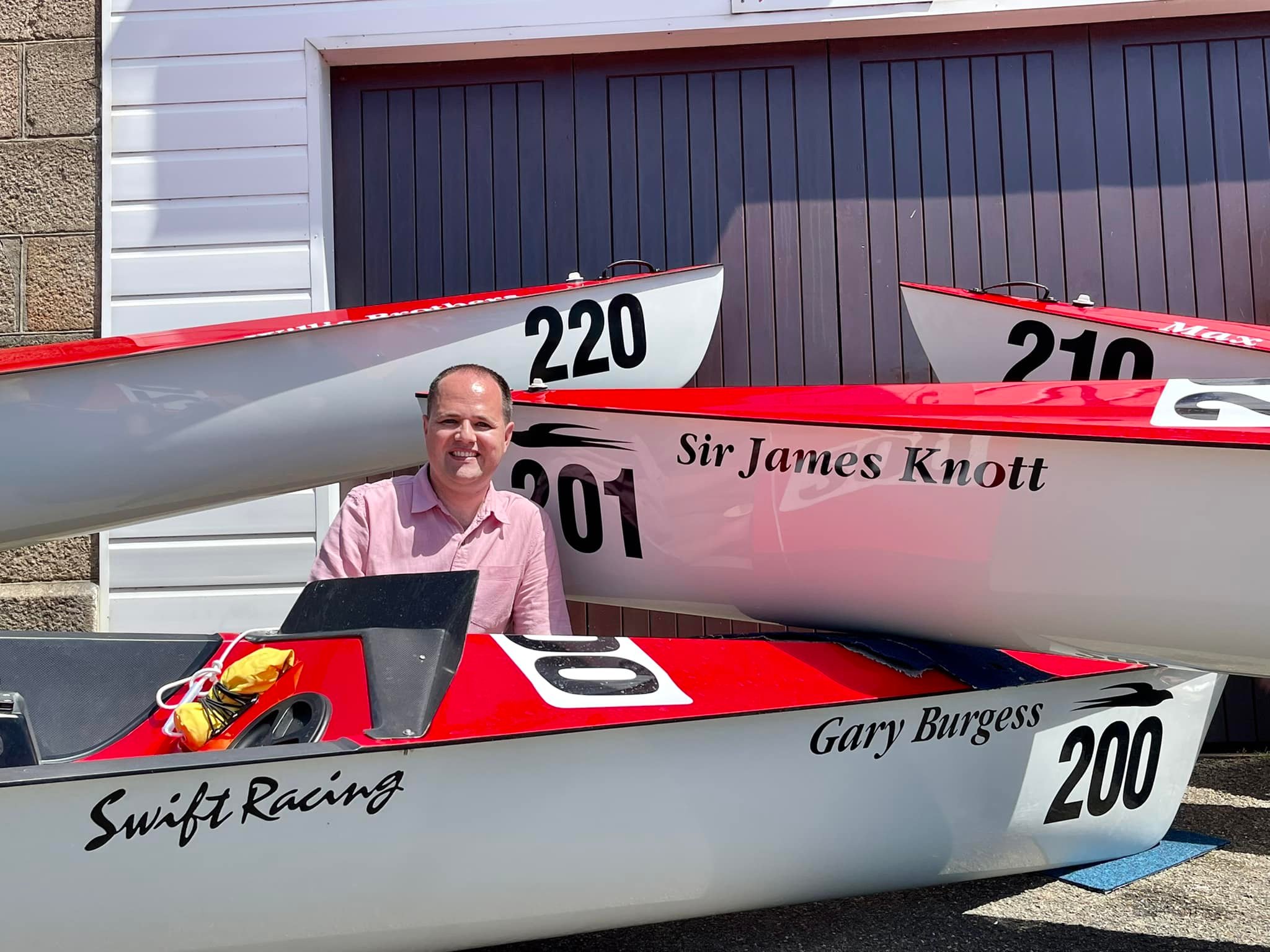 Earlier, the Lieut-Governor and Bailiff had named their respective boats: the ‘Sir James Knott’, and ‘Gary Burgess’, after the popular broadcast journalist who died on New Year’s Day.

Doubles' boats purchased by the club through donations were also named on Saturday. ‘Willis Brothers’ was named after club stalwarts Adrian and Martin Willis. Adrian passed away in 2019. 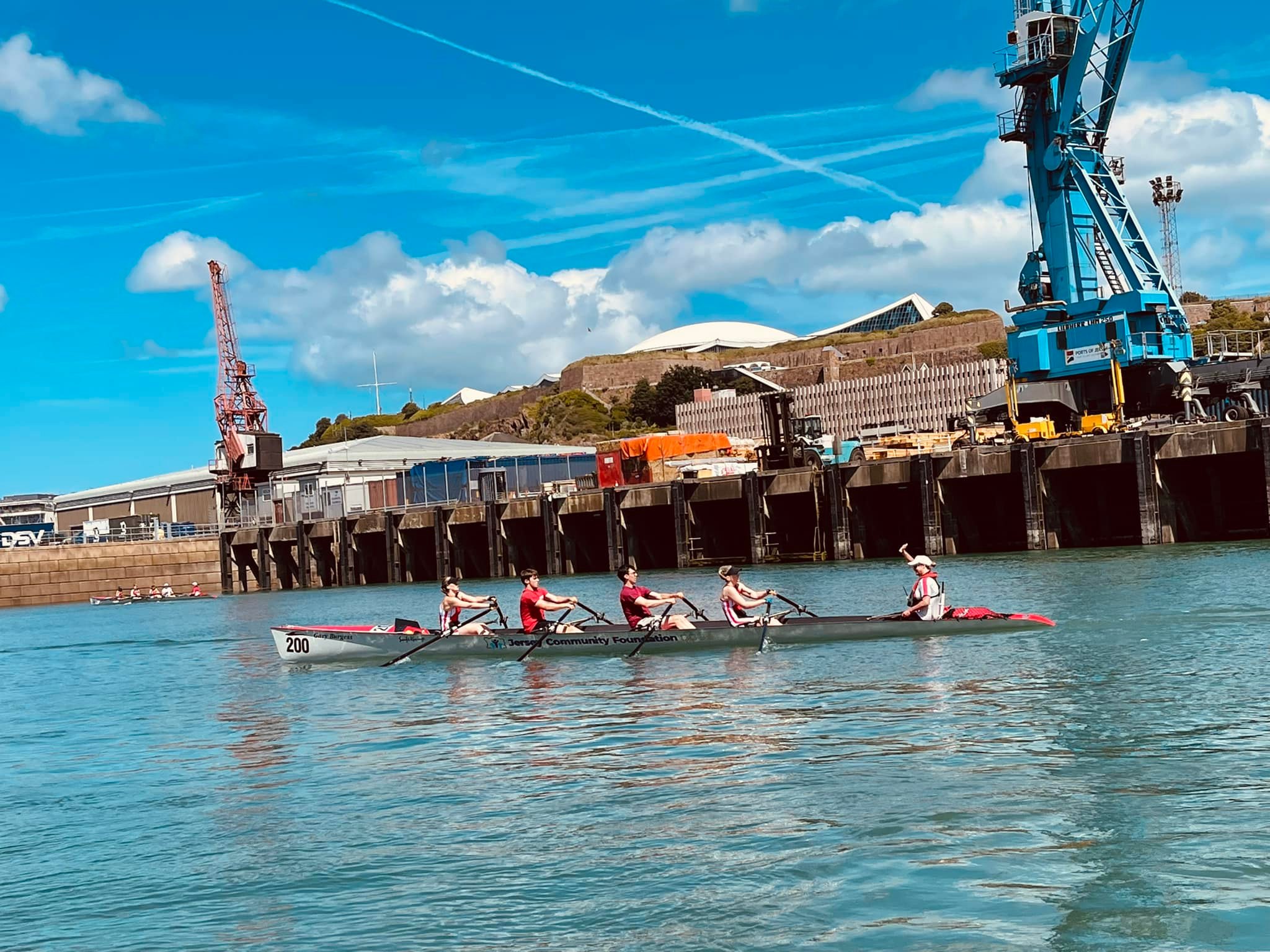 Pictured: The winning crew in Gary Burgess were sisters Abbi and Emma Syvret and brothers Adam and Joshua Le Lere, who were coxed by Tracy Mourant.

‘Max Blandin’ was named in memory of the son of longstanding club member, Ian Blandin.

John Searson of the Jersey Rowing Club said: “It was a fantastic event on Saturday and my thanks go to the Bailiff and Lieut-Governor for showing such interest in the club and getting so enthusiastically behind their boats during the sprint race.

“The new boats are all state-of-the-art, and we hope will help to attract more young islanders to this fantastic sport.”