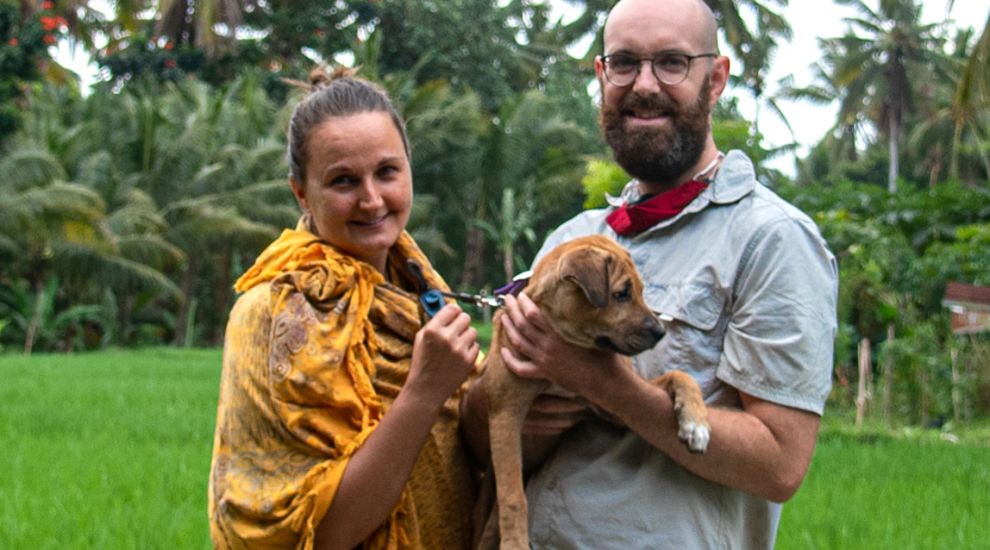 A local couple is appealing to islanders to help bring back a puppy that has been nurtured back to health in Bali after it was discovered near death on the side of a road.

Chris Couriard and Madga Branecka have set up a GoFundMe to help cover the costs of returning their now beloved puppy, Madu, to Jersey from Indonesia.

The couple, who named the puppy Madu (which means honey in Balinese) after the colour of her fur, found the puppy injured at the side of the road whilst motorbiking through Balinese region of Suwat.

After being told by locals that the puppy would likely die unless helped, the couple decided to make a 45-minute drive across the island to reach a vet in the hopes of nurturing Madu back to health.

Video: A short film about Madu's journey so far and the bid to get her to Jersey.

However, as Madu's condition improved, Chris and Madga faced another challenge, soon realising that there was only a slim chance that the three-month-old puppy would be adopted in Bali due to the poor condition that she was in.

This prompted the couple to consider bringing Madu home to Jersey with them - something they are now determined to do as they have grown more and more attached to the stray puppy during her month-long recovery.

The journey, which involves a two day drive across Indonesia, flights to Paris via Qatar and a variety of other stretches, is a lengthy and expensive one. 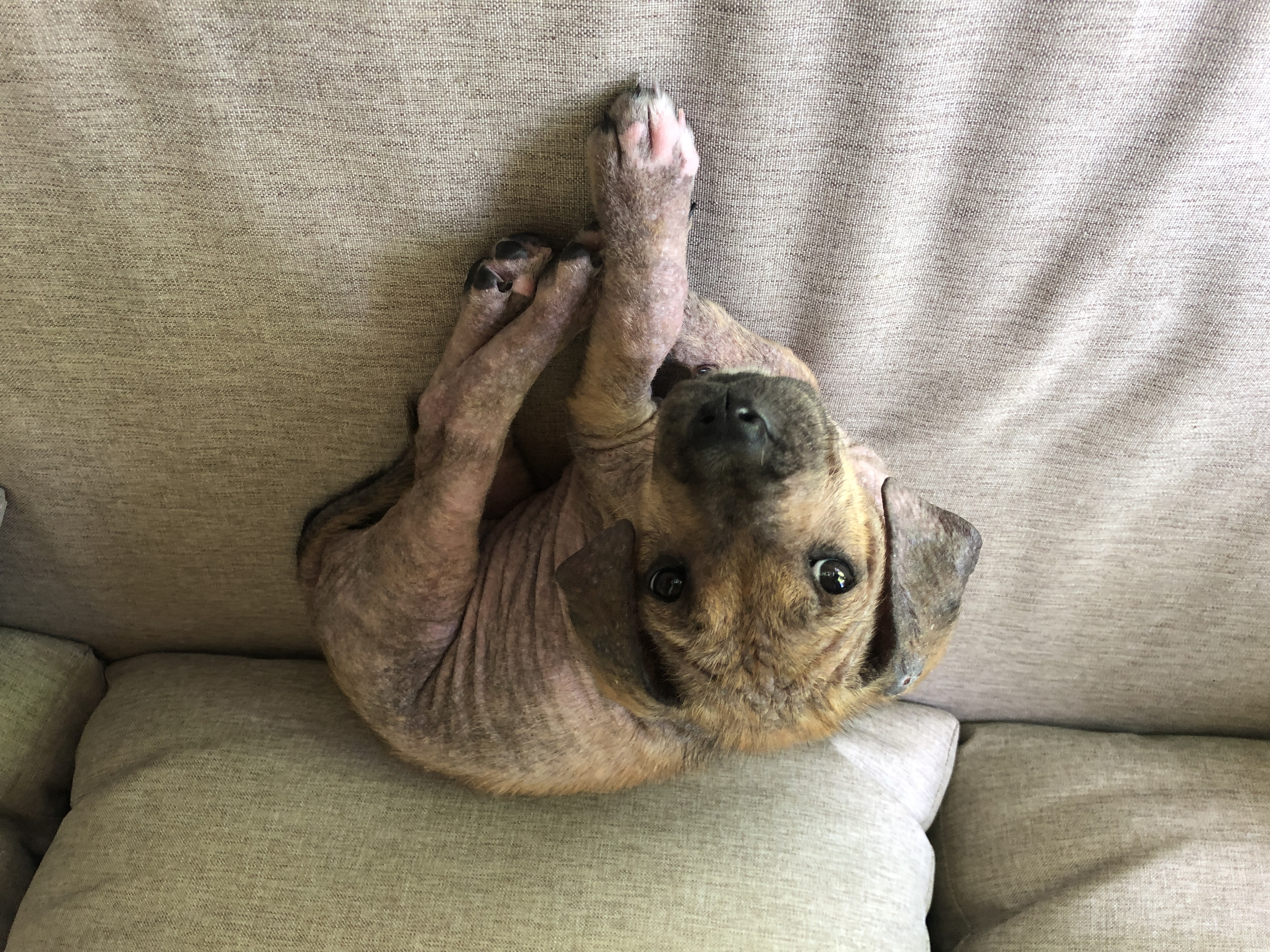 Pictured: Madu in her early stages of recovery.

The cost of bringing Madu home, which totals around £3,000, is too much for the couple to generate themselves, and so they have set up a GoFundMe page to allow friends, family and other members of the public to help them ensure Madu is given a safe and loving home.

The total, which has recently been brought down following a reduction in costs as a result of Chris and Madga's research into different transport companies, must be reached by 19 September to ensure Madu's return to the Island.

Speaking to Express, Chris recalled that the worst part of the experience for the couple was seeing the condition which Madu was in during the first few weeks of her stay with them.

"Seeing her suffering and scared was definitely the worst part of this whole journey for us," Chris said. "Seeing her in so much pain and then witnessing the change in her mentality during the short time that we have been together has made us attached to her in ways we couldn't anticipate or expect. Leaving her in Bali is not even an option at this point." 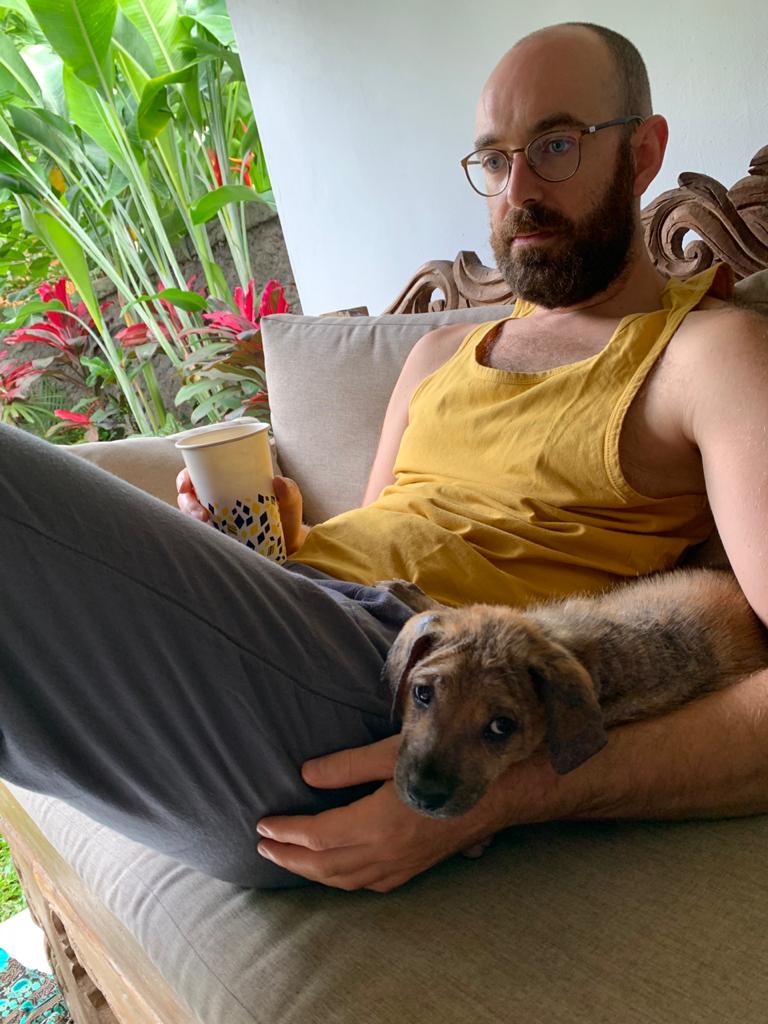 Pictured: "It is now at the point where we think both her and ourselves would be heartbroken if we were ever separated".

Madu's story is not uncommon in Bali, as ongoing issues surrounding dog welfare and breeding has seen a sharp increase in the number of injured and stray dogs on the streets in previous years.

"Issues like this have sadly been worsened by the recent coronavirus outbreak," Chris said, "as the decline in the local economy due to a lack of tourism has made people less able to care for their dogs and pay for the necessary treatments."

Chris believes that the recent pandemic and its effects may have been a potential reason for Madu's presence on the streets, as the cost of sterilising female dogs is up to two times as expensive than the same treatment for males in Bali. 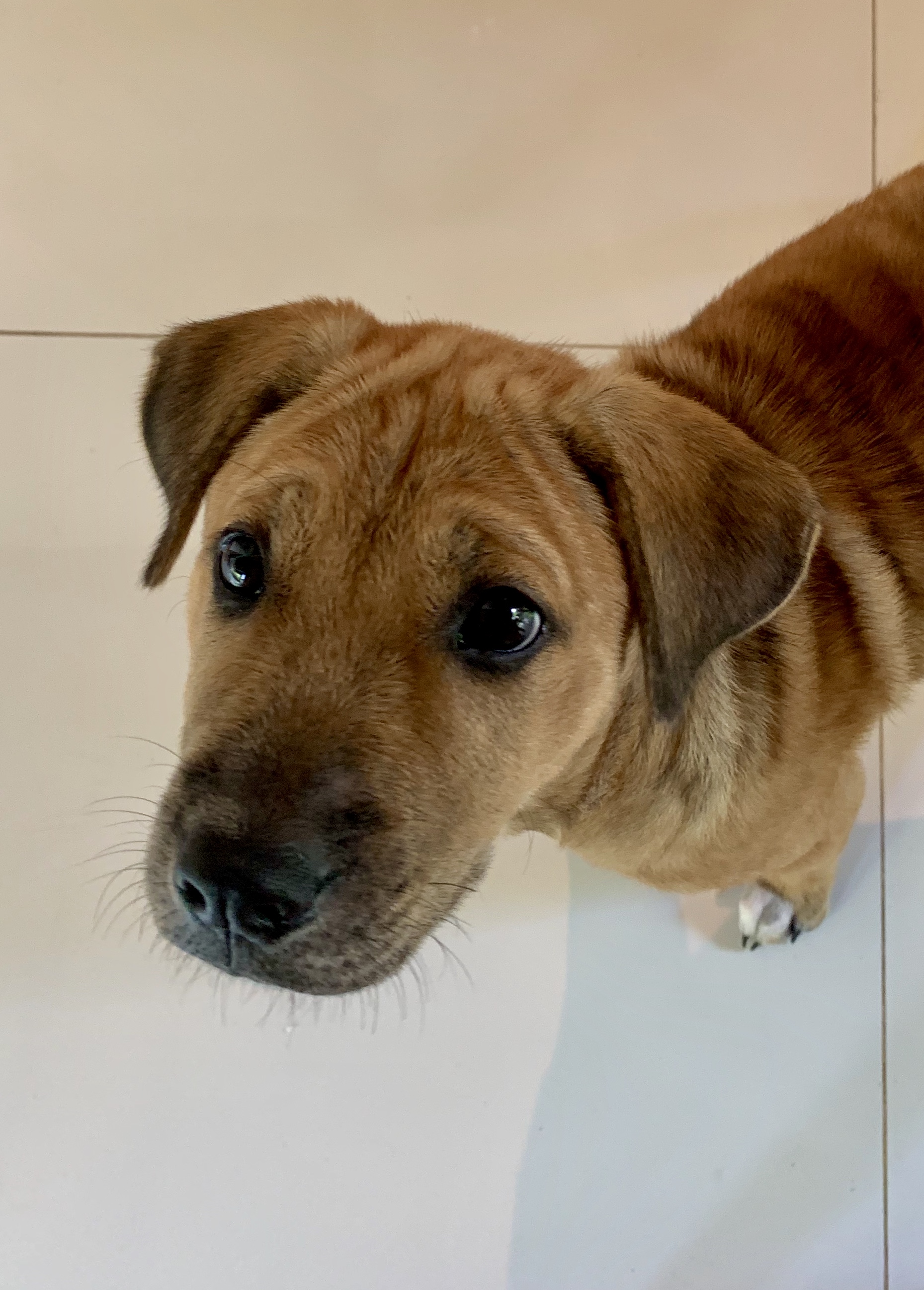 Pictured: The couple said that it was likely that Madu was discarded by someone who was unable to pay for her treatment.

Despite the hurdles faced by the couple, both Chris and Madga remain positive about getting Madu back to the Island and to a loving home.

In the past week, they have been informed that Madu has successfully passed all of her medical tests, meaning that she has now been declared safe to travel. As well as Madu's drastically improving health, Chris also said he had noticed changes in Madu's personality.

"The change has been enormous," Chris said. "She has really begun to come out of her shell and started to play like normal puppies would."

Now four months old, Madu is scheduled to begin her journey back to Jersey in a few weeks if the necessary funds are raised.

However, even if the couple's target is reached, there remains the issue of returning Madu from France to Jersey.

"Condor does not allow for the transport of dogs without a car aboard the ferry, and because we had planned on travelling across Asia, that is something that we do not have." 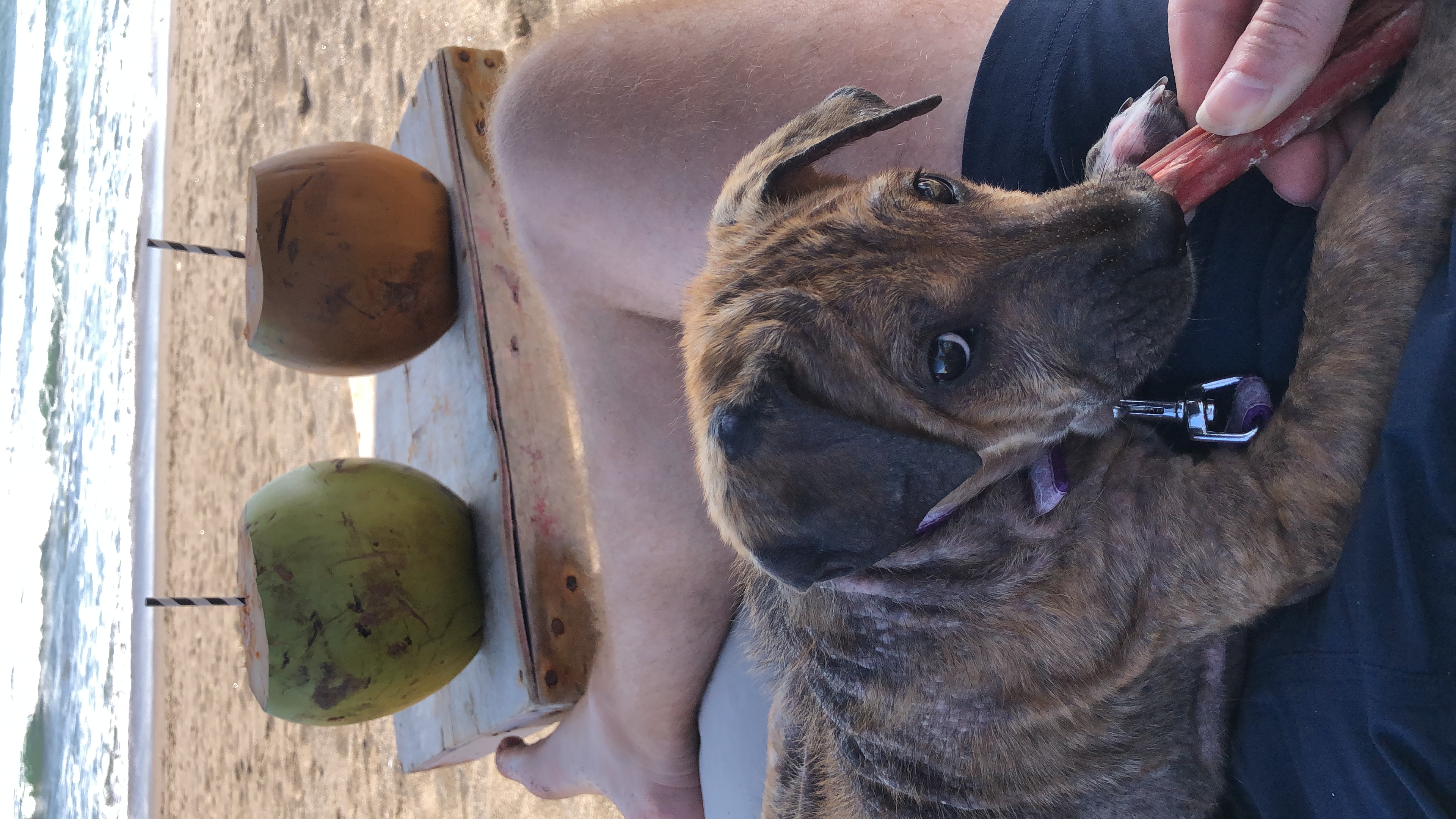 Pictured: Madu enjoying herself on the beach during her recovery with Chris and Madga.

As a result, the couple are appealing to anyone travelling to or returning from France by ferry on or after 21 September with a car in order to help them complete the final leg of their journey.

Once Chris, Madga and Madu return to Jersey, the couple intends to donate any money raised above the target to the Bali Animal Welfare Association, and continue to raise money for the charity.

If you can help the couple complete the final leg of their journey, email editor@bailiwickexpress.com.