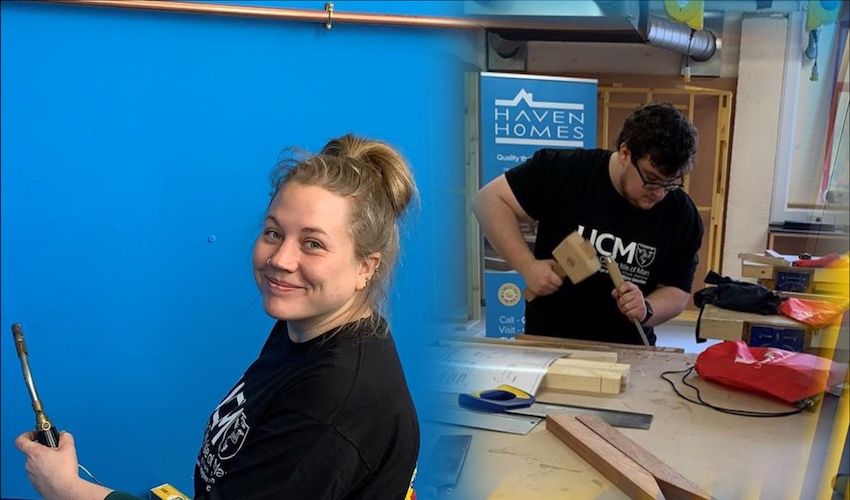 Two local apprentices have plumbed and joined their way to success at a competition celebrating trainee skills in the Isle of Man this week.

The college sent four students – Andrew Davies, Luca Frankson as well as Hannah and Richard – over to the Isle of Man to put their vocational expertise to the test against their peers.

Highlands say that all four apprentices “did the college proud”, but a special mention went out to Hannah and Richard for placing first in their respective categories.

Commenting on making this year’s Jersey team, apprentice plumber Hannah said: “I think it is important as a female apprentice to highlight to other women how rewarding and fulfilling a career in construction can be."

Richard said: “I think it is important to represent Highlands College in this skills test to show the talent that the new generation of craftsmen have to offer potential employers and the local industry.”

Highlands also thanked the young tradespeople’s employers for giving them the time off to compete.