Arson suspect due to report after bail 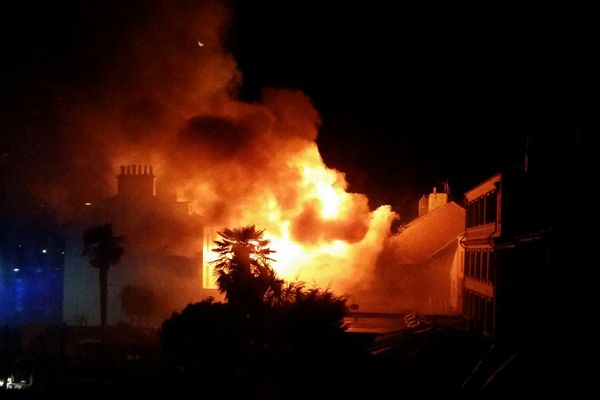 Arson suspect due to report after bail

The 63-year-old man arrested on suspicion of arson over the blaze at Gallichan Marine in St Aubin at the start of the month is due back at the police station today.

The man – who has not been named – was arrested on Monday 7 December, and released on bail until today.

The fire, which gutted the boatyard, forced people living next to the site to evacuate their homes and saw police close off part of the village.

The threat of fumes from burning fibreglass prompted police to warn people in the area to keep their windows and doors closed.

The Parish Hall was opened early to be used as an evacuation centre for residents.

It took teams of firefighters using four fire engines, and aerial ladder and breathing equipment to bring the blaze under control.

One man living next door to the boatyard told Bailiwick Express on the morning of the fire that he, his wife and their baby daughter had been forced to flee their home after being woken up by explosions just yards from their bedroom window.

Richard Goodridge said: “I woke up and heard banging and explosions.

“I thought originally that it was flares or something. But it happened about ten times and I could see the light, the flames were lighting up the bedroom.

“I looked out of the window and saw that the flame was about six to nine feet away from the bedroom window.

“They were reaching higher than the house."