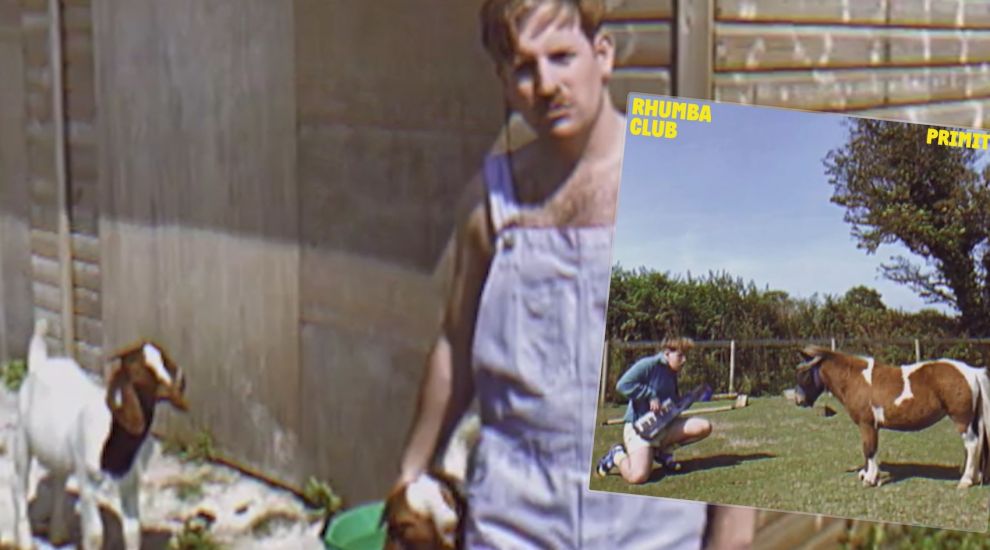 A Jersey pop prince has taken to a local farm, armed with a keytar, in a synthy bid to encourage everyone to let loose and give in to their animal instincts.

For those who have just managed to rid themselves of the earworm that was Rhumba Club’s upbeat rally against conversion therapy… bad news.

Rhumba Club – aka Tom Falle – is back with another 80s beat and bleat-filled toe-tapper, nay (or perhaps that should be neigh), body-shaker.

Bejewelled with Les Fleurs-esque tinkles, ‘Primitive’ is an aural celebration of authenticity – stripping back, going filter-free and giving in to your animal instincts.

The video is out today, and eagle-eyed islanders might recognise the setting…

“I chose Bramble Farm for the video, because I can’t think of anything more authentic and human than hanging around with animals, wearing clothes you want to wear, adorned by a keytar,” Tom told Express. Amen to that.

Of all the places to encounter a stranger, under a table at a wedding isn’t necessarily the first one that comes to mind.

HIDING PLACE + BOOKSMART - Sat 30 Oct 7pm
Don't miss this double-bill of film! 1st up is the premiere of the short film HIDING PLACE, commissioned by JAC as part of the #Scenesfroma project. Then, sit back, relax and enjoy BOOKSMART - tickets are just £5!https://t.co/OoRWMRFi7P pic.twitter.com/8yOXJLlh0k

The piece was commissioned by the Arts Centre as part of new writing initiative ‘Scenes From A…’ in January 2021, and was filmed by local filmmaker Lucy Le Lievre, and accompanied by a soundtrack by Christina Orchard.

It will be screened tomorrow (Saturday 30 October) at 19:00 at the Arts Centre, followed by coming-of-age film Booksmart.

Moths on a piano 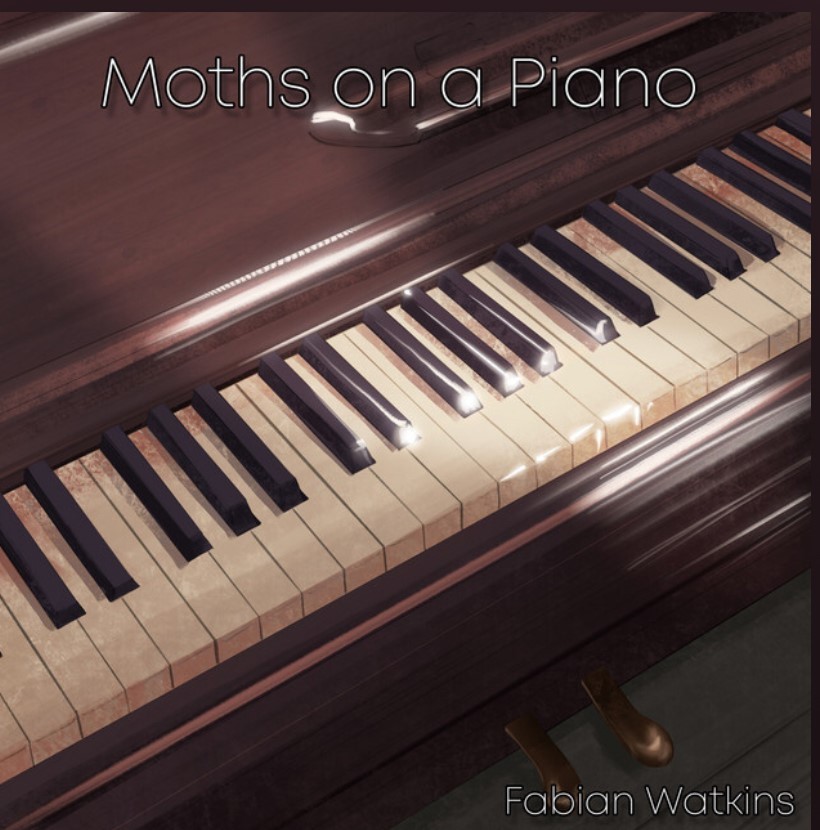 Musically mature for his years, Grainville student Fabian Watkins has just released his first album, 'Moths on a piano'.

Speaking about the release, the school said: "Releasing his first Lo-Fi album, Fabian joins pioneers of this genre such as R.Stevie Moore, The Beach Boys, Todd Rundgren and Jendek in delivering a 7 song album available on both Spotify and Apple Music.

"Moths on a Piano takes inspiration from the home recording style originally created in the 80’s and 90’s that was popularised in the late 80’s by a New Jersey radio show which showed technical primitivism and brilliance. Nowadays with the use of digital technology the Technical primitivism has been replaced with bedroom recording and digital mastery which has shifted the focus of Lo-Fi to a form of downtempo chillhop with artists such as Nujabes and J Dilla." 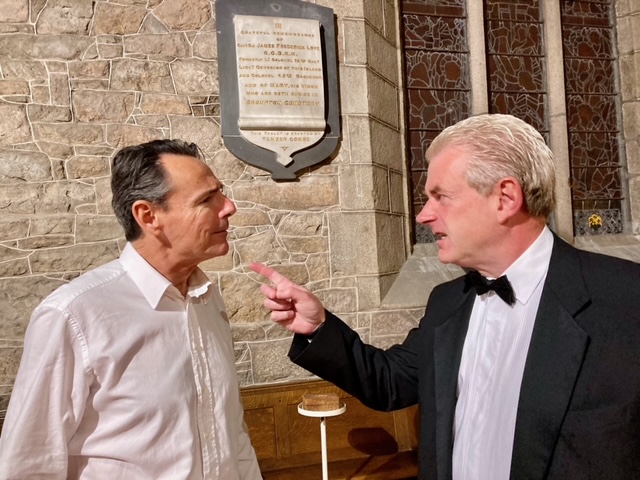 Written in 1939, Noel Coward’s sparkling comedy, Present Laughter wasn’t performed until 1942 as British theatres closed for the first half of the Second World War...

…So rather apt, then, that it will be the first post-pandemic performance of TC Productions, a local semi-professional theatre group who donate proceeds from ticket sales to charity.

Directed by Sassie Bisson, the play’s action centres on ageing stage star Garry Essendine – a popular, selfish, vain, witty, charming and dangerously alluring man - and his tight group of friends and colleagues who revolve like satellites around him.

“The cast feel a strong affinity with this particular play as we venture back on stage after a similar theatre closure.  We wanted to welcome audiences back with an evening of laughter after the difficulties of the past eighteen months, much as Coward and his company did back in 1942,” said Producer Tessa Coleman.

It will be running at the Jersey Arts Centre from 2 to 6 November, with proceeds going to Kairos Arts, a Jersey charity providing art therapy workshops for domestic abuse survivors and vulnerable people to share their feelings. 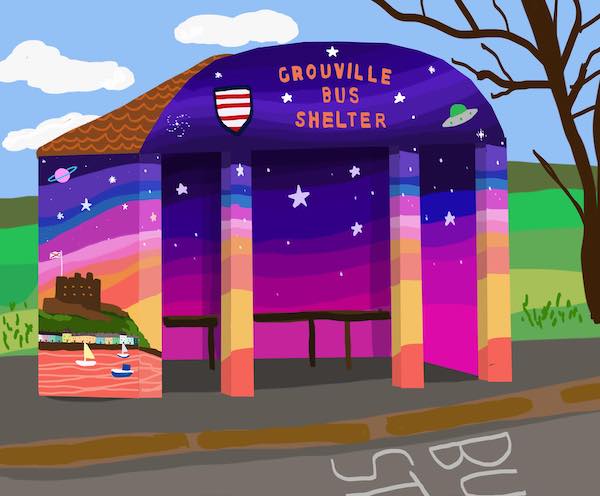 Throughout the summer, videographer Jake Mullins captured RampArts’ bid to revamp public spaces with a series of dazzling murals.

They’re inviting islanders to watch that never-before-seen footage – complimentary portion of popcorn in hand – next Wednesday at 19:00 at the Salvation Army Café.

The free screening will be followed by a set from DJ Stefunk.

Tickets can be booked here.

The National Trust for has released a children’s book celebrating biodiversity.

‘The Silent Garden’ tells the tale of Cyril squirrel and his friends, whose overgrown garden home and dilapidated house is bought and renovated by a couple keen to have a weed free and tidy garden.

As a result, their garden falls eerily silent as there is no longer any room for the wildlife. Luckily their grandchildren come to the rescue and help them realise how to have a garden that welcomes nature and they all can enjoy.

Commissioned by a private sponsor, the book was written by Penny Byrne and features hand-drawn illustrations by Erin Brown. It can be found in National Trust gift shops.

In case you missed it... 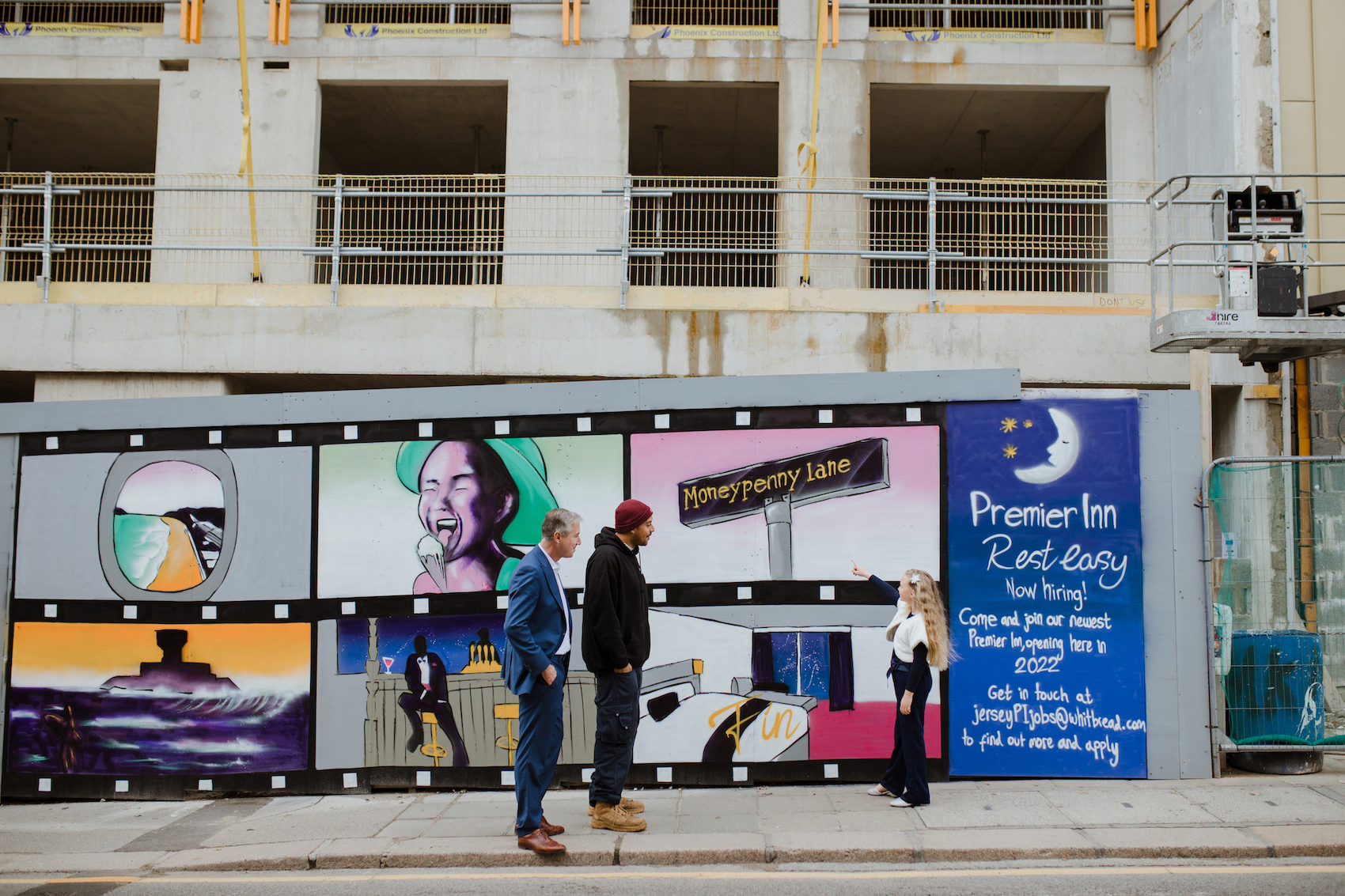 Last week, a new mural on the side of the Le Masurier Merchant Square hoardings on Bath Street was unveiled.

It was the creation of four Highlands College arts students working alongside Jersey’s Sami Osman, known as Kumo.

Its reveal came alongside the official naming of Moneypenny Lane – a title selected by a local schoolgirl in memory of a former Odeon Manager, while also acknowledging the latest Bond film.