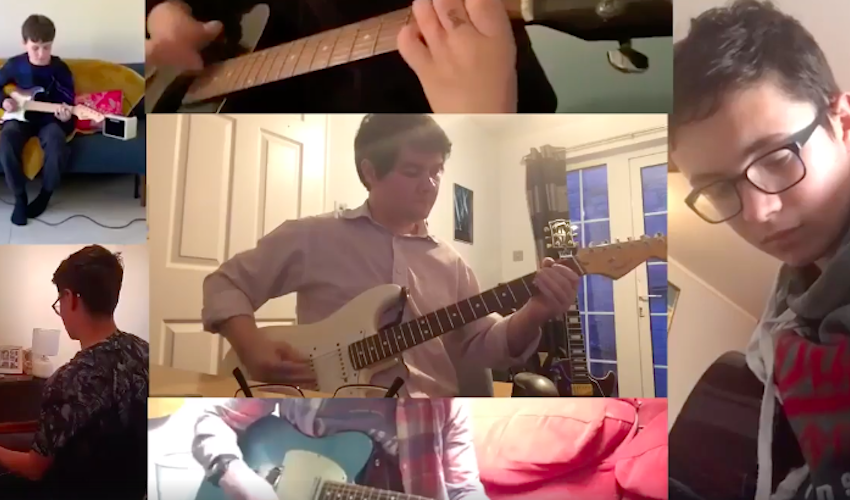 Members of a local youth organisation have teamed up with their tutors and volunteers to cover a pop song that should get many islanders dancing tonight, and convinced the Children’s Minister to take part for a guitar solo.

Every Friday, Express is presenting a selection of online exhibitions, performances and other historic and creative content to help islanders continue getting their weekly dose of culture throughout the pandemic.

Dance with me tonight!

Members of Youth Arts Jersey of all ages, as well as staff and volunteers, have put their singing, clapping and guitar skills to use in a cover video of Ollie Murs’ ‘Dance with me tonight’.

"Youth Arts Jersey have been doing amazing work supporting young musicians and artists in Jersey, and have continued to do so during lockdown," the Minister said.

"When I was young I benefited hugely from the support our Youth Service gave to myself and others as we learnt to play music, so I am very keen to support them in whatever way I can and was privileged to be asked to appear alongside some of our brilliant upcoming talent!”

Illustrate your own masterpiece 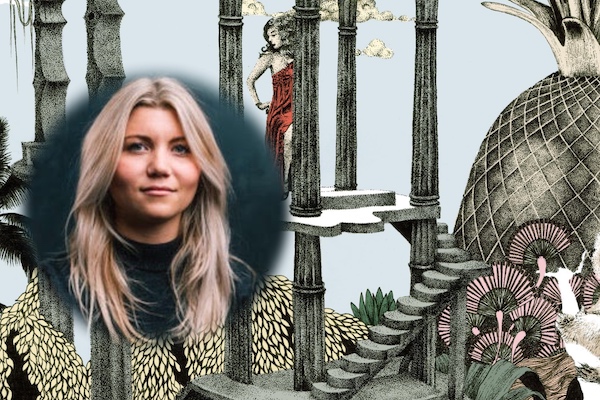 The scene will be filled with elements of Abi’s style of illustration, which mixes figurative with still life, giving islanders plenty of elements to choose from, to either draw on their own or  recreate the whole scene.

“A Spotify playlist will be sent round prior to the beginning of the class for everyone to really settle into the session,” Abi said. “This will be an opportunity to get drawing and experiment in your own time without the pressure of a show and tell afterwards, however everyone is welcome to send along pictures if they choose to do so.

“It will consist of several very short rounds to loosen up your drawing skills followed by several longer sittings to really get into it."

Tickets are limited and can be purchased via Eventbrite.

Life among plants and fungi

Local band Benny the Moth have just released a new album, with the intriguing name ‘Among Plants & Fungi’.  If you want to take a trip into their world and discover their mix of reggae, dub, punk, ska and rock – produced and mastered locally by Lucas Saunter and Wilson Nash respectively - head over to a streaming service or visit the Blue Note tonight as they will be playing it from 21:00.

Sam is an actor, deviser and puppeteer working in theatre, film and outdoor arts. After training at Royal Central School of Speech and Drama, he joined the cast of 'War Horse' in the West-End and has gone on to work for The National Theatre, Old Vic, Young Vic, Complicité and various other companies around the world.

For ArtHouse Jersey Presents, he recited the opening speech of the Chorus in Henry V, an inherently theatrical piece that urges the audience to engage their imaginations, conjuring up the images and settings of the story about to unfold.

The team at Arthouse Jersey said: "In this time of enforced distancing it is comforting to remember the power of an individual’s ability to create vivid worlds and the importance of the communal experience of storytelling."

And now for some inspiration…

It's #nationalstitchday here is a beautiful sampler made by Elizabeth Anna Marett, who proudly declared that she was 7 years old when she did this peice (sic) in 1736, is in coloured silks on a backing of fine even-weave linen. #crossstich #embroidery pic.twitter.com/JwYzK6PUpW

If you are looking for some inspiration to get crafty this weekend, look no further. To mark National Stitch Day on 22 June, Jersey Heritage shared a pictured of a detailed sampler created with coloured silks on a backing of fine even-weave linen, by Elizabeth Anna Marett  in 1736 … at the age of seven. Better get your needles ready!